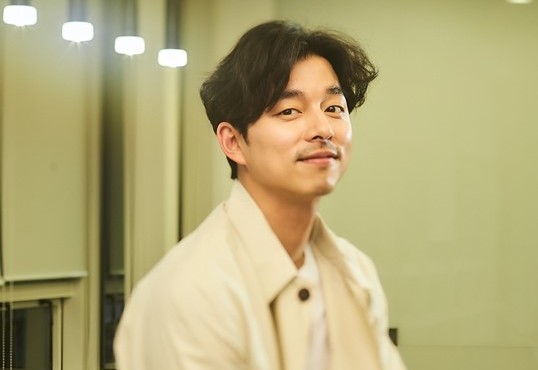 It was previously announced that actor Gong Yoo is considering working with writer Kim Eun Sook, who wrote “Descendants of the Sun,” and now the production company in charge of her next drama, “Goblin” (working title), has confirmed that the lead character will be played by Gong Yoo.

Kim Eun Sook has written many hit dramas, such as “Lovers in Paris,” “Lovers in Prague,” “On Air,” “Secret Garden,” “A Gentleman’s Dignity,” “Heirs,” and “Descendants of the Sun.”

Since Gong Yoo has been focused solely on filming movies for the past few years, the news of him joining Kim Eun Sook’s drama, which will be his return to the small screen for the first time in four years, has many fans excited.

Yoon Ha Rim, the CEO of Hwa and Dam Pictures, which is producing the drama, stated, “We have been preparing to make this drama for three years, even before ‘Descendants of the Sun’ was made. The focus of the drama will be on goblins, which is a very common character in traditional folktales but has not been the main topic for dramas yet. However, with the help of Kim Eun Sook’s writing talent in telling a romance story, this drama is bound to be another one of Kim Eun Sook’s representative romantic comedies.”

Yoon Ha Rim continued, “‘Goblin’ will start filming once the casting is finished for the core characters. I am confident that this will be a new type of drama for the viewers. Please look forward to it.”

Regarding the reason behind casting Gong Yoo as the main character, writer Kim Eun Sook stated, “I’ve always looked forward to working with him. His schedule didn’t work out so the chance of working together has always been pushed back, but I’ve wanted to work with him for a romantic comedy. I realized that he was a wonderful actor after coincidentally meeting him and talking to him, and I became more certain that he was the one who will best express the main character for ‘Goblin.’ I am thankful that he accepted our offer. I think it will be a fun experience.”

Meanwhile, this drama is about a goblin, who needs a human bride in order to end his immortal life, and a grim reaper, who suffers from amnesia. They somehow end up meeting and living together, whether by fate or by a curse, and the drama follows the strange, mysterious, sad, but beautiful daily lives of those who see off the souls of the dead.

“Goblin” will start airing in November on tvN, and it is one of the most anticipated dramas for the second half of 2016.

Gong Yoo
Kim Eun Sook
How does this article make you feel?