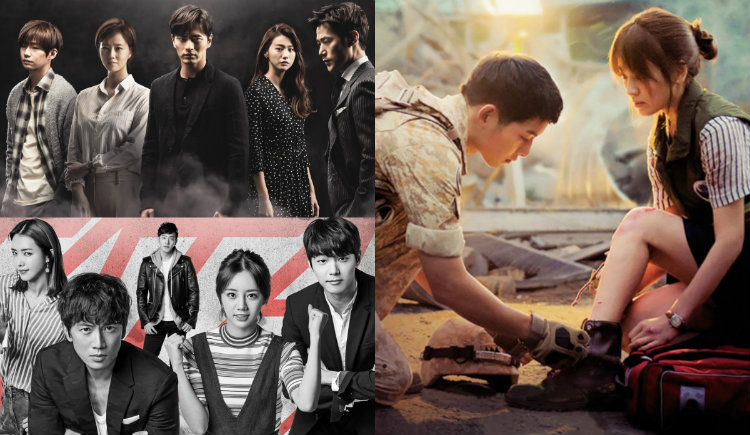 The “Descendants of the Sun” Syndrome still remains strong despite the end of the series, as shown by the viewership ratings of its special episode.

Despite showing what fans of the drama have already seen, the episode took top ratings for the night, with 17.7 percent according to Nielsen Korea. The finale of the drama which aired last week on Thursday recorded 38.8 percent.

SBS premiered its new drama “Entertainer” (starring Ji Sung and Hyeri) against “Descendants of the Sun,” ranking third in ratings for the time-slot. It recorded 6.2 percent. “Entertainer” took over from the “Please Come Back Mister.”

MBC’s “Goodbye Mr. Black” saw a large increase in ratings, at 8.1 percent, from its previous episode that aired last Thursday, which recorded 3.8 percent.

The special episodes for “Descendants of the Sun” continue tonight and Friday. Watch yesterday’s episode below.

Goodbye Mr. Black
Descendants of the Sun
Entertainer
How does this article make you feel?