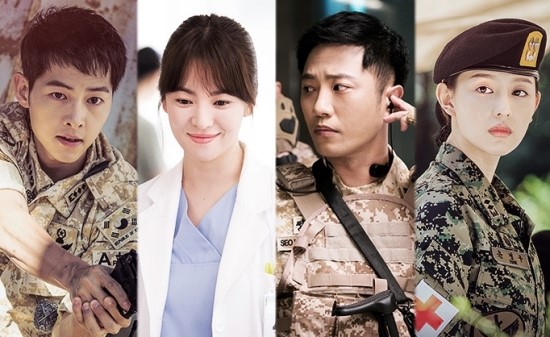 When asked to clarify if the project is the second season of “Descendants of the Sun,” Jung Sung Ho revealed that writer Kim Eun Sook, the co-writer of the drama, said a season two is too heavy a burden. He elaborated, “We have to keep discussing whether it will be a story of a soldier or not. ‘Descendants of the Sun’ was this year’s top drama and greatly contributed to the Hallyu wave, and we mean that we wish to work on a project that will follow it closely. For the time being, we plan to proceed with a variety of projects with a 2017 broadcast goal.”

Jung Sung Ho also clarified that the project(s) that KBS is planning does not require all the people who were involved in the drama. “We are advancing with projects that the production team and cast can consent to,” said Jung Sung Ho. “You can say that we are currently leveling the ground for a house to be building. We also have to think about the aspect of pre-production.”

While KBS’s plans do not confirm a season two, it looks like the network wants one, or something like it, and is currently planning for it.

Previously, “Descendants of the Sun” co-writer, Kim Won Suk, had said, “I have no plans for a second season. I’ve already told the story I wanted to tell.”