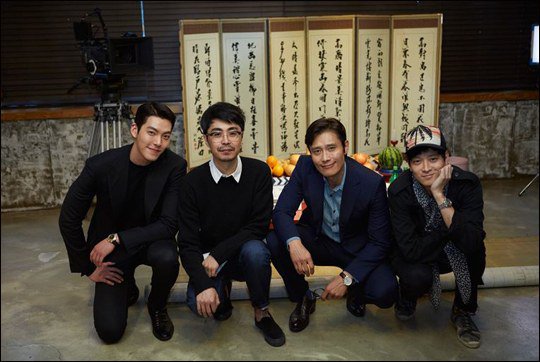 On April 22, CJ Entertainment revealed a few photos of the cast and crew of the film participating in a ritual before the day of the shoot to bring good luck and fortune. 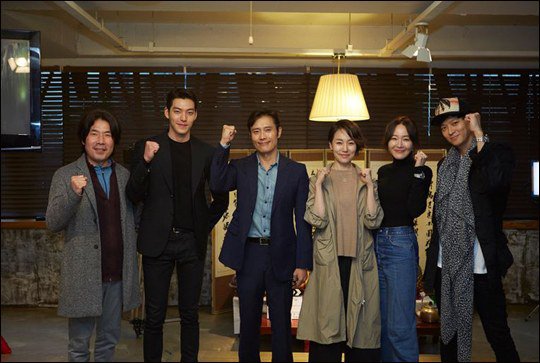 “Master” is a crime-action film that deals with betrayal after betrayal as the police force tries to hunt down a skilled conman and the brains behind him.

In the film, Lee Byung Hun will be playing Jin Hwae Jang, a con artist who plans everything perfectly and gets away with crime thanks to his great persuasive skills and a flawless network supporting him.

Kang Dong Won will be playing Kim Jae Myung, the team leader of the police force in charge of the con artist case. His effective plans and investigation makes him go head-to-head with Lee Byung Hun in the police chase. This marks Kang Dong Won’s first time portraying a detective.

Kim Woo Bin will be acting as the highly intelligent mastermind who created the network and is the brains behind Jin Hwae Jang. Actress Jin Kyung will be the advertising executive of the network.

Lastly, Uhm Ji Won will be playing the role of a lieutenant in the police force and Oh Dal Soo will be an elite lawyer named Hwang Myung Joon.

What are your thoughts on this upcoming film?