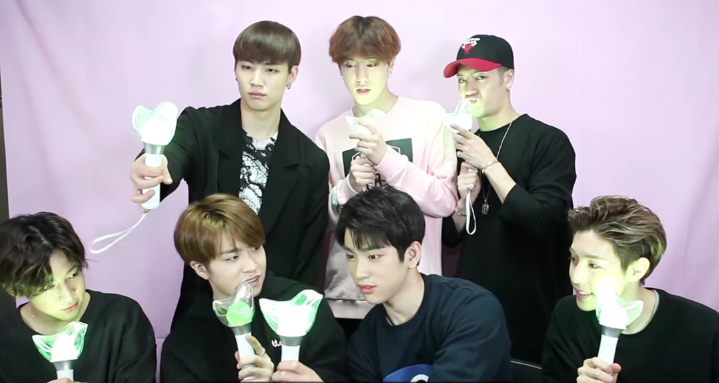 The members introduced the light stick, to be used by their fanclub IGOT7, in a little fan meeting outside MBC after filming “Music Core.”

For the design of the light stick, a transparent bird rests on top of the handle, inside of which rests a green GOT7 logo. The logo lights up, creating a green glow. The bird was chosen because in Korean, the shortened way of saying IGOT7 sounds similar to the Korean phrase for “baby bird.”

GOT7 also released a introduction video for their light stick on their official YouTube channel. The members show how to use the stick to chant and cheer during performances, as well as other uses for the stick, such as being a night light in dark areas when their fans are outside at night.

Watch the full video below. English subtitles are available so don’t forget to click on the “cc.”