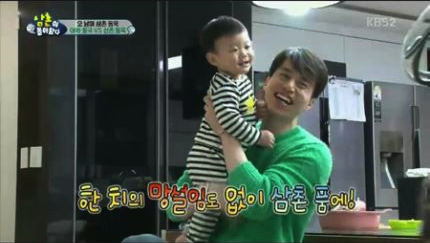 Daebak Is Head Over Heels for Lee Dong Wook

Daebak from KBS2’s “The Return of Superman” has fallen for Lee Dong Wook.

In the April 24 broadcast of the show, the actor visits Lee Dong Gook’s family to help take care of the kids.

Lee Dong Wook takes Daebak, Seol Ah, and Soo Ah out shopping for clothes, where the kids had the chance to pick their own new clothes.

Once Daebak starts picking items such as stockings and a pink skirt, Lee Dong Gook decides to pick out the toddler’s outfit for him as a personal fashion designer. Daebak expresses his satisfaction with a smile as he wears a pink pair of pants and a black snapback, hand-selected by Lee Dong Wook. 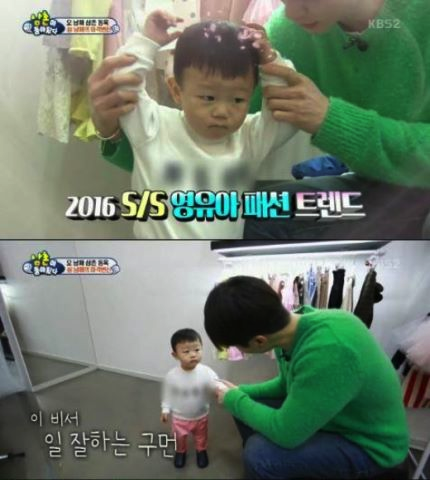 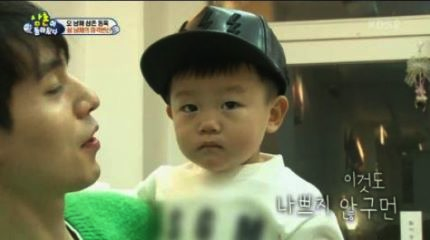 The actor and Lee Dong Gook also try testing Daebak’s affection level by seeing who he picks out of the two.

For the first and second times that they try the test, Daebak runs into the arms of Lee Dong Wook without hesitation. A little disappointed, Lee Dong Gook then says, “We should do it one at a time,” but Daebak still ends up choosing the actor over his father. Daebak even gets close to saying “samchon” or uncle in Korean, which is what the children call Lee Dong Wook, to the amazement of the adults.

Thanks to Princi_86 for the tip!

Lee Dong Wook
The Return of Superman
Daebak
How does this article make you feel?