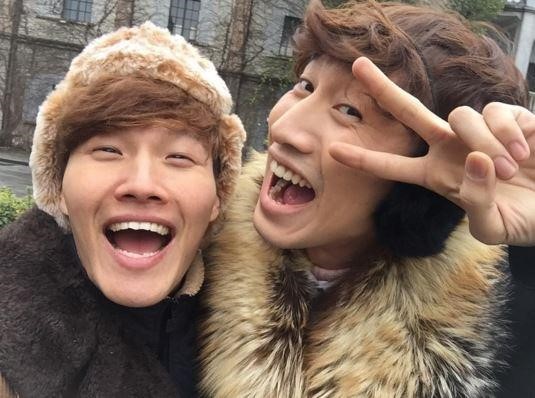 Lee Kwang Soo uploaded a photo shortly after midnight KST on April 25 of Kim Jong Kook seemingly deep in slumber with his mouth open and his tongue hanging out. He writes as the caption, “Happy birthday to my Kook Jong hyung,” using Kim Jong Kook’s “Kook Jong” nickname from “Family Outing.”

Kim Jong Kook and Lee Kwang Soo have been starring together on “Running Man” for almost six years since its premiere in July of 2010. The show airs every Sunday on SBS.