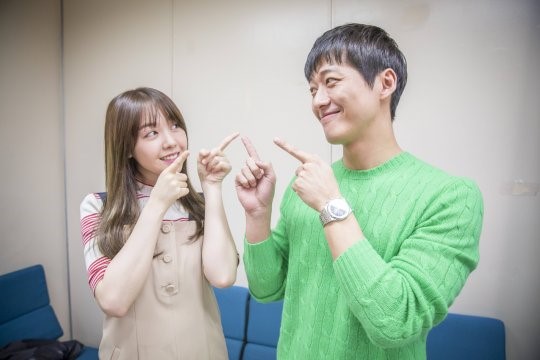 The script reading began with everyone drinking the ginseng tea that Seo Hyo Rim had brought for the staff and cast members. Namgoong Min, who plays the role of romanticist An Dante, expressed his determination, saying, “Going beyond just trying hard, I would like there to be good results for this drama”. Meanwhile, his co-star Minah, who will be playing Gong Shim, states, “While I’m still lacking, it’s an honor to be working with such great seniors, and I will work hard.” This will be Minah’s first leading role in a drama.

On Joo Wan and Seo Hyo Rim were completely immersed in their respective roles as Suk Jun Su, who strives for his father’s acknowledgement, and impossible-to-hate Gong Mi. Woo Hyun, who will play Gong Hyuk, jokes, “I never thought a day like this would come, where I have Miss Korea as a wife. I will film happily.” His “on-screen” wife Oh Hyun Kyung wittily replies, “I only married him because of his money,” showing off their own cheerful chemistry. 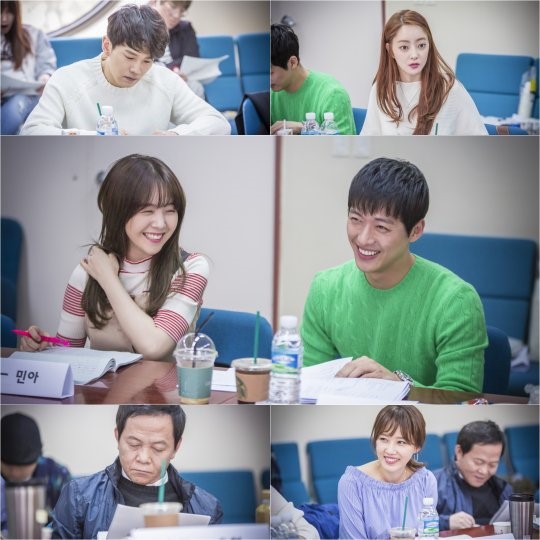 A representative described the friendly atmosphere, saying, “Everyone was very considerate of each other from the beginning until the end. Director Baek Soo Chan complimented Minah, who has less acting experience, on her increasingly quick improvement and expressiveness, and the other actors didn’t hesitate to support and cheer her on. Not only did Namgoong Min show great chemistry with Minah by making eye contact with her while reading their lines, he also warmly offered his acting advice during their breaks as well.”

“Beast’s Beauty” is a fresh and endearing romantic comedy that tells the stories of four men and women: the righteous and handsome An Dante, chaebol heir Jun Su, kind-hearted but unemployed Gong Shim, and perfectionist Gong Mi who works hard to be accepted by the upper class. It will air on May 14, at 10 p.m. KST, following the end of “Mrs. Cop 2.”