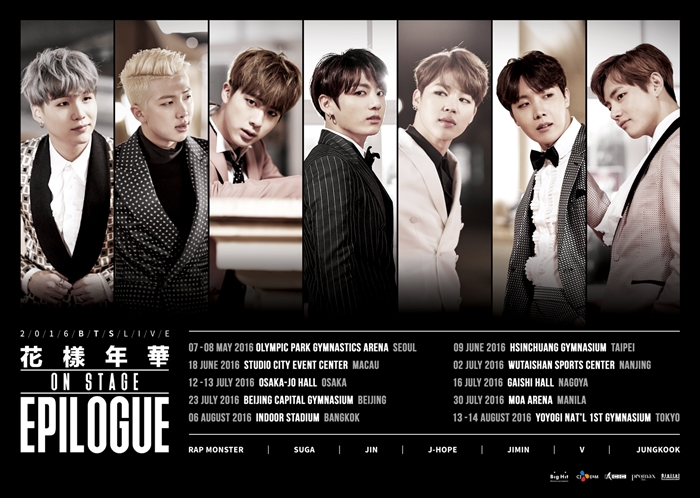 In addition to releasing a teaser video today, BTS announces their Asia tour for “2016 BTS LIVE Hwa Yang Yeon Hwa on stage : epilogue,” bringing the concert to to a total of seven countries, 10 cities, and 13 performances.

The tour begins in Seoul on May 7-8, at the Olympic Gymnastics Arena.