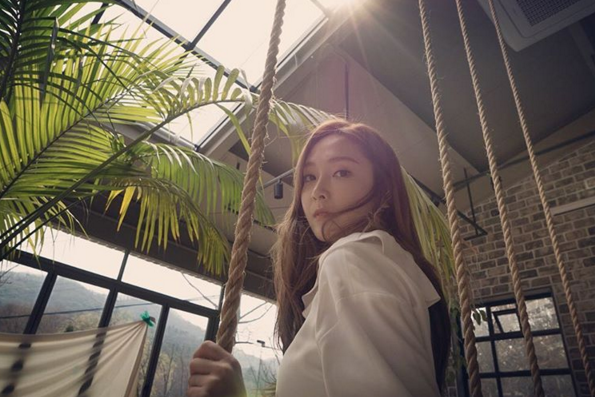 The image of her track list doesn’t reveal everything, leaving out three of six tracks of her album. However, we do learn that the title track is “Fly,” which features rapper Fabolous. The lyrics are by Jessica herself, and the singer also worked on the musical composition of the song, along with Karriem (KMack) Mack, Eric (VENZ) Fernandez, Tatiana (Tatu) Matthews, and John (Fabolous) Jackson. Fabolous is a rapper signed under Def Jam Records, Kmack is a Grammy-award winning producer who has worked with Beyonce and Diddy.

Jessica also wrote the lyrics to “Falling Crazy in Love.” 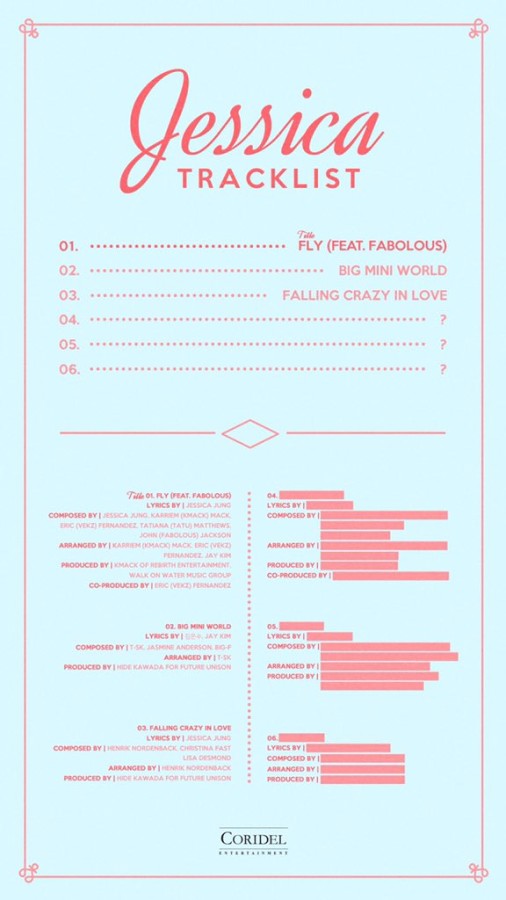 The singer also recently revealed that she filmed her music video for “Fly” in Los Angeles, California. She also she also recently set up her own official fan club.

This album will be Jessica’s first album release since parting ways with Girls’ Generation in September 2014. As it is Jessica’s first musical release in Korea in nearly two years, fans are very much looking forward to the music and performances Jessica has prepared.