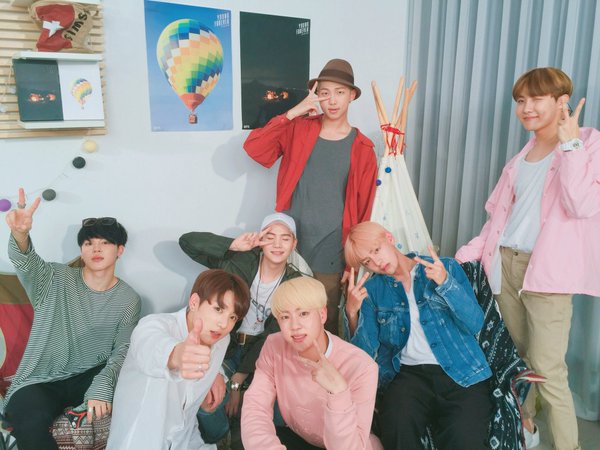 BTS makes their long-awaited return today with the third and final part of their “youth” series with the special album “Young Forever” and the music video for the title track “Fire.”

Before the comeback, BTS held a comeback broadcast – “BTS Countdown Live ‘Burning BTS!'” through Naver V App. During the broadcast, BTS revealed that the third music video for the “Young Forever” album will be for the track “Save Me,” one of the new songs off the 23-song album. They did not reveal when the music video will be released.

The first music video was for “‘Young Forever” and the second was for “Fire,” which was just released and you can view here.

Also during the broadcast, BTS recorded over 100 million “hearts,” which is something viewers of the broadcast press on; essentially like “Likes” on Facebook. Specifically, the live broadcast received around 107 million hearts, with around 1.3 million views.