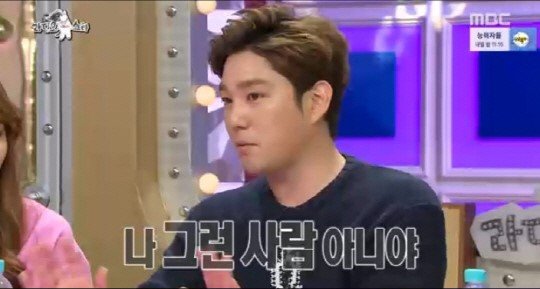 Super Junior’s Kangin confessed that he’s been shocked by a foreign fan’s sign in the past.

On the “Stronger guys above the stronger guys” episode of MBC’s “Radio Star” which aired on May 4, Lee Seung Chul, Brave Brothers, Dana, and Kangin appeared as guests.

In the episode, host Kyuhyun commented, “Sometimes, foreign fans make signs with strange things written on them, and it’s a bit uncomfortable.” 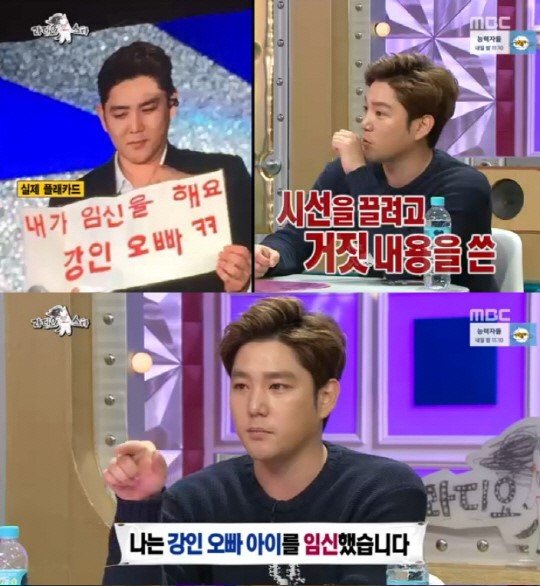 Kangin then continued, “Recently at a concert overseas, a fan came with a sign that said “I’m pregnant with Kangin oppa’s child.” It was eye-catching, but it was a lie,” he explained. 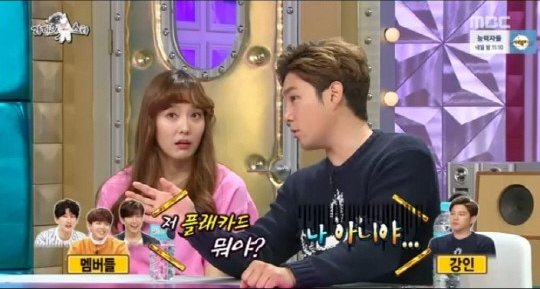 “I couldn’t even look in that direction. And the other members also commented on it,” the singer said. 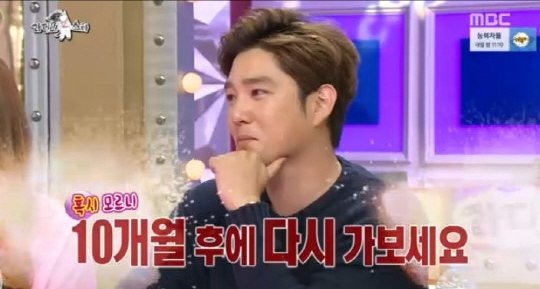 To this, host Yoon Jong Shin joked mischievously, “Go back in ten months and see,” causing laughter on set.

Super Junior
Kangin
Radio Star
How does this article make you feel?