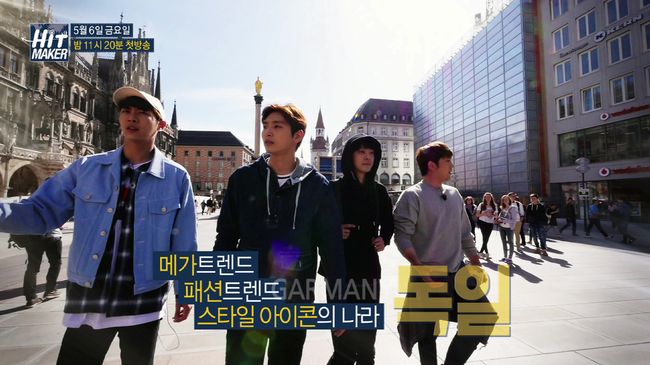 Previously, Super Junior’s Kangin, Jung Joon Young, 2AM’s Jinwoon, and Lee Chul Woo were confirmed as the final cast members of this exciting new show. They will travel to various countries in order to attempt thrilling challenges, and to try new sports.

As shown in the video, their first destination is Germany, where they will have to walk across the roof of Munich’s Olympic Stadium. The preview suggests the members will attempt some form of zip lining at this location as well.

Aside from their exciting challenge, the members also enjoy themselves and explore different places. The video shows other scenes as well such as Jung Joon Young cooking for his fellow members, and waking them up in his own unique way.

Take a sneak peek at all their fun antics in the preview below!