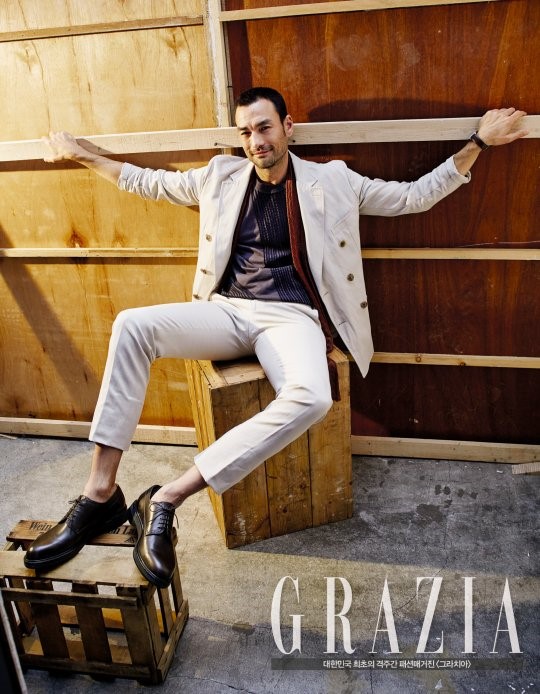 David McInnis, who played Argus, the arch nemesis of Yoo Shi Jin (played by Song Joong Ki), in KBS2 drama “Descendants of the Sun,” was said to have an addicting and humorous presence, which created a lively and friendly environment on set.

One of the main reasons why the actor agreed to join the cast, was because he “liked Argus’ three-dimensional characteristics.” “Argus wants to earn a lot of money and goes out of his way to guarantee his own survival, both of which are natural instincts of man,” the actor says.

David McInnis reveals that his hobbies include photography, cooking, woodcraft, drawing – all of which require an artistic eye. He refers to his best dish as “no name,” as it consists of various left overs from the fridge and grilling everything together in a pan. David McInnis also states that his favorite actors are Tom Hardy and Al Pacino.

The star is currently working on a documentary about the endangered wild wolf in the United States. He plans to submit the completed project it to the Sun Dance Film Festival and distribute the film through Netflix.

Obviously a charming man of many talents, who is ready to see David McInnis in more Korean dramas?

Descendants of the Sun
David Lee McInnis
Grazia
How does this article make you feel?