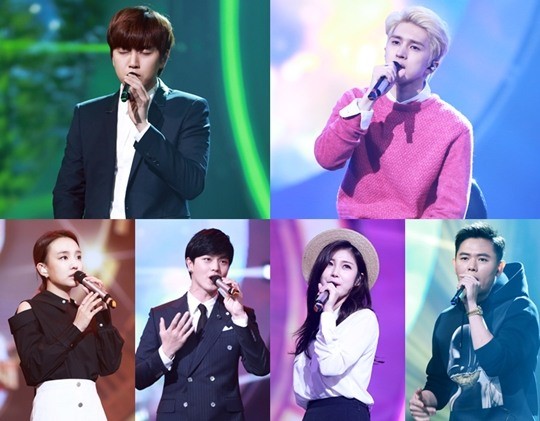 The next episode of the MBC variety show “Duet Song Festival” looks like it will be a close competition!

MBC released their lineup for the upcoming episode on May 6. Sandeul of B1A4 will be making his run for his second win, following his victory on the last episode with single mother Cho Sun Young. His kindness as he encouraged his partner when she made a mistake while singing warmed the hearts of the viewers and audience members, who gave him the most votes last week.

VIXX member Ken will also be making his third consecutive return to the show.

Talented BTOB member Yook Sungjae, who is active as a singer, actor and variety star, will also be performing. Cho PD will be making his return to the stage for the first time in four years and Secret’s Hyosung and skilled vocalist Younha round out this talented lineup for the May 6 episode.