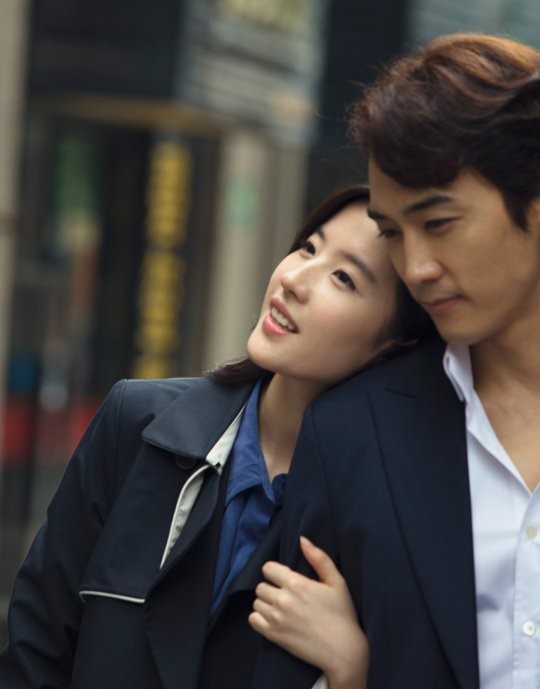 This romantic film is about a man named Im Gae Jung (Song Seung Heon), who wants to love, and a woman named Chu Woo (Liu Yifei), who doesn’t believe love is necessary. The two coincidentally meet and start their secretive yet passionate relationship.

Since the two are in an actual relationship, the photos taken while filming their date look very natural and lovely. 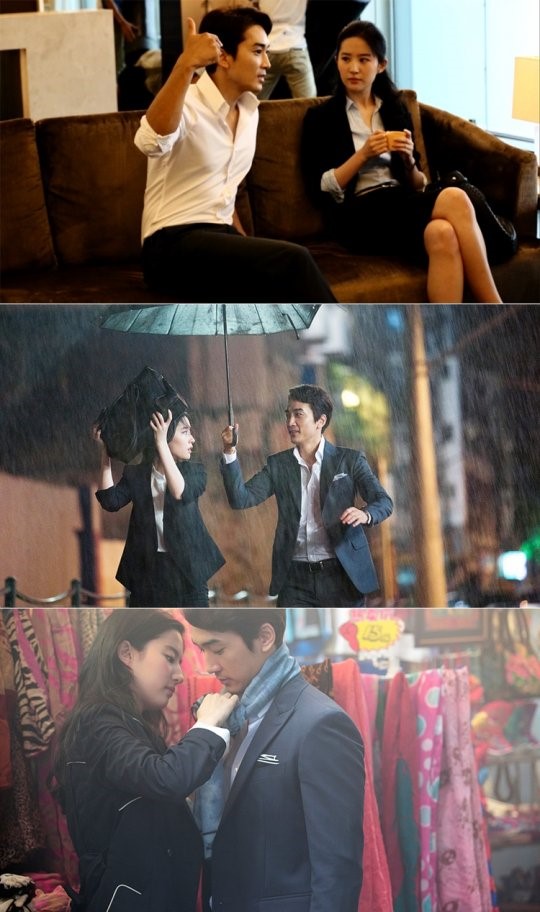 Even in an interview about “The Third Way of Love,” Song Seung Heon said that his teamwork with Liu Yifei was so smooth that filming the movie was not hard at all.

He continued to praise Liu Yifei, saying, “She is a very talented actress who always stays true to her feelings in each scene and is great at staying in character.” 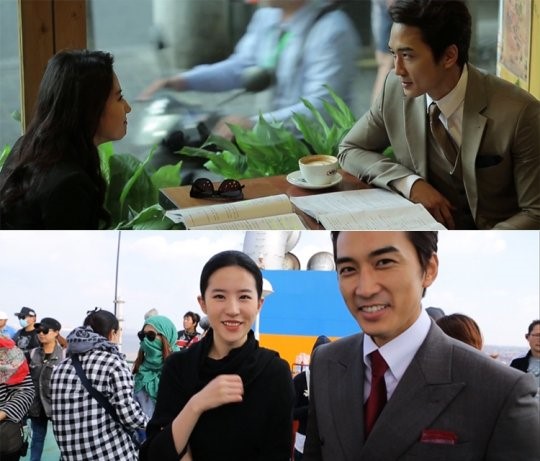 Liu Yifei also praised Song Seung Hun, saying, “I thought Song Seung Hun was the perfect one to play Im Gae Jung. I am so lucky to be working with him.”

“The Third Way of Love” will be coming to theaters in Korea on May 19. It was previously released in China last September.