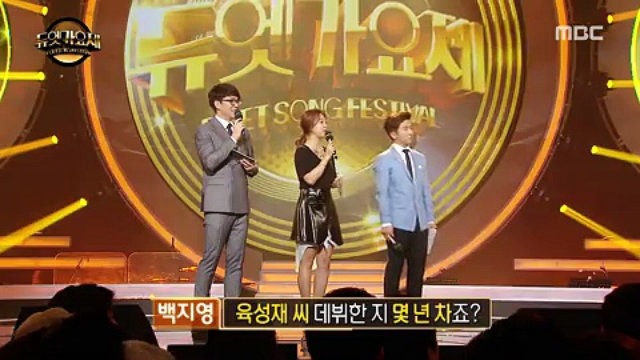 Who Took Home The Crown On This Week’s “Duet Song Festival?”

Hyosung was up first and chose to wear a couple outfit with her duet partner, Kim Yong Hee. They sang Lee Seung Chul’s “Girl’s Generation” and combined Hyosung’s sweet vocals with Kim Yong Hee’s unique tone. In the end the pair got 352 points.

Younha was up next with partner Kim Tae Hyung and they sang Kim Kwang Suk’s “Around 30.” Younha’s clear voice and Kim Tae Hyung’s deeper tone balanced each other out with good harmonies and put them in the lead with 375 points. 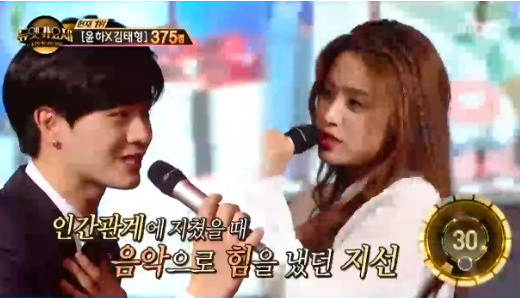 Yook Sungjae was up third with Jang Ji Sun, singing Kim Tae Woo’s “Love Rain.” Although Yook Sungjae repeatedly attempted to make eye contact with his partner, Jang Ji Sun was completely absorbed in her own performance, which made him laugh. At the end of the song they took the lead with 415 points. 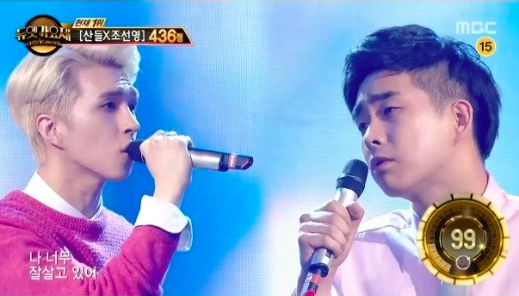 VIXX’s Ken in his third consecutive appearance sang Kim Jo Han’s “I Want to Fall in Love” with partner Choi Sang Yeob. Although the pair’s long-running chemistry and vocals were on point, they were just shy of Sandeul’s socre at 434. 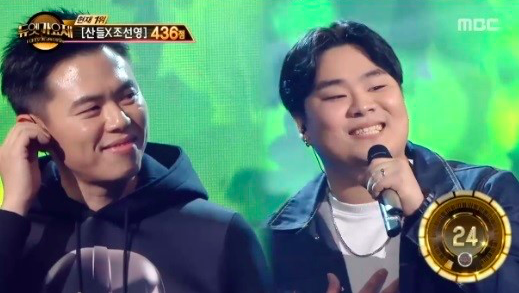 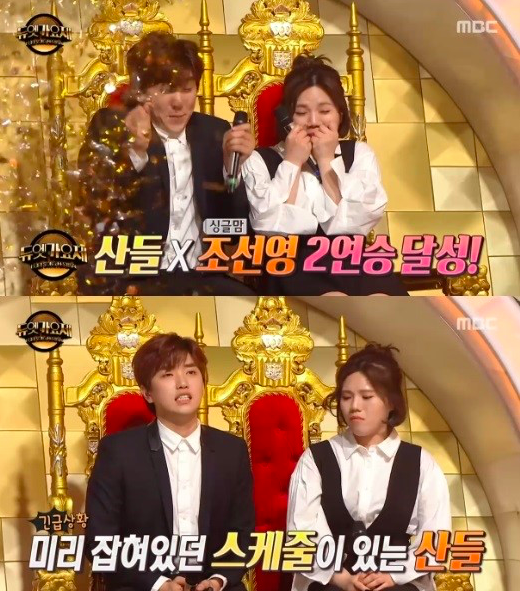 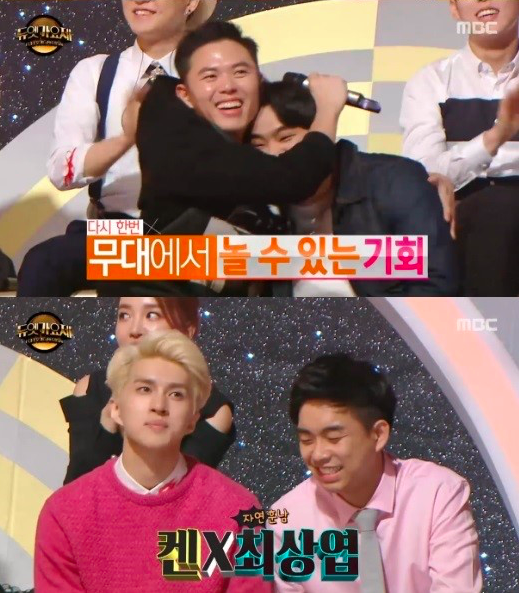 In the end, Sandeul and Cho Sun Young took the crown again. Unfortunately, as Sandeul will not be available next week due to conflicting schedules (he will return the week after next), he chose Cho PD and Ken’s team to continue next week.