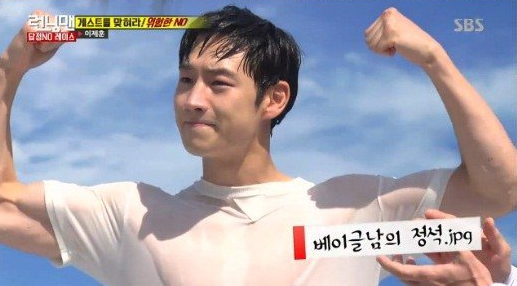 On May 8’s episode of “Running Man,” actor Lee Je Hoon has to take a dip in the pool, which shows off his impressive body!

The cast members first try to guess who this week’s guests will be while sitting in chairs designed to throw them in the pool if their guests (who are hidden behind a screen) answer any of their questions with a “No.”

Through their questions, they manage to figure out that the first guest is an unmarried 30-something with the last name Kim, Lee, or Park, who’s never been on the show. 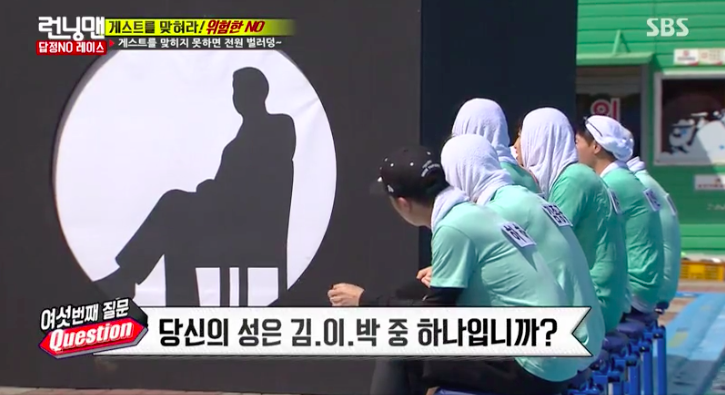 When Gary asks him if he’s got a film coming out in theaters soon, the guest says yes. While they’re discussing who it might be, Yoo Jae Suk somehow manages to guess, “Lee Je Hoon?” 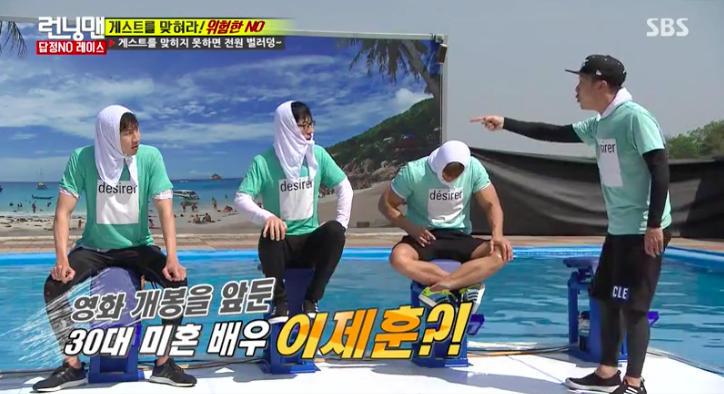 Haha looks at their PD and laughs as he says, “Look at his face! He looks upset!” They realize that Lee Je Hoon must be promoting his new film “Detective Hong Gil Dong,” and Haha says, “If there’s a female guest, it’s Go Ara!” They then all laugh when they see how annoyed the crew looks that they’ve guessed.

They’re of course right, and Lee Je Hoon comes out to greet them. However, he has to go in the pool because they’ve managed to guess who he is! He smiles as he sits on the chair and says a formal hello to the viewers. Before he’s even able to finish his greeting, he gets shot backwards into the pool! 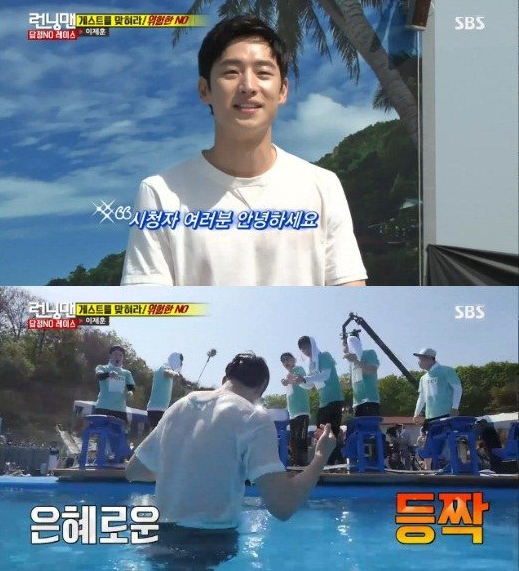 As he stands up in the shallow pool, everyone starts pointing at his body that can be seen through his wet white shirt. “Get this on film!” yells Yoo Jae Suk. 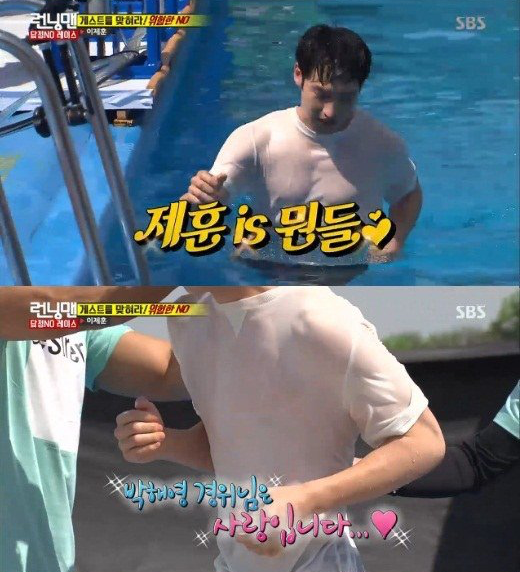 After some of them feel his body through his t-shirt, the guys then ask Lee Je Hoon to flex his biceps for them, and yell out in appreciation as he confidently shows off the product of all his hard work. 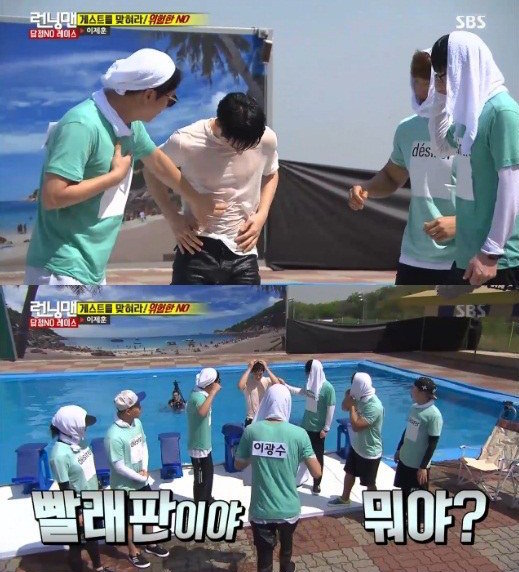 Watch this full episode of “Running Man” below!