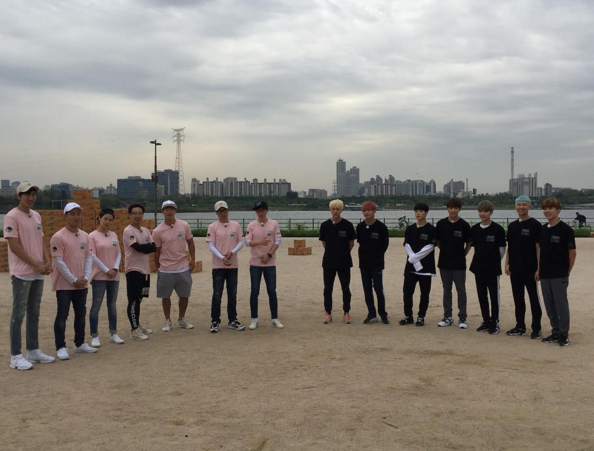 BTS To Guest On Special 300th Episode of “Running Man”

“Running Man” announced today through its Instagram that BTS is currently filming their guest appearance on the show and also uploaded an image that shows all seven members of the boy group dressed in black, seemingly competing against the “Running Man” cast, dressed in pink. The special 300th episode is titled “7 vs 300,” and the caption reveals that the “Running Man ” members and BTS are doing a mission related to the number 300. The caption reads: “[ RunningMan NOW ] RM Ep.300 special < 7 vs 300 > is still filming now in Seoul. #BangtanBoys are joining RM as special guests today. RM members & #BTS is doing a mission related to number ‘300’ now.”

In related news, BTS successfully wrapped up the Seoul leg of their “The Most Beautiful Moment in Life On Stage: Epilogue” concert tour yesterday at the Olympic Park Gymnastics Arena.

BTS
Running Man
How does this article make you feel?