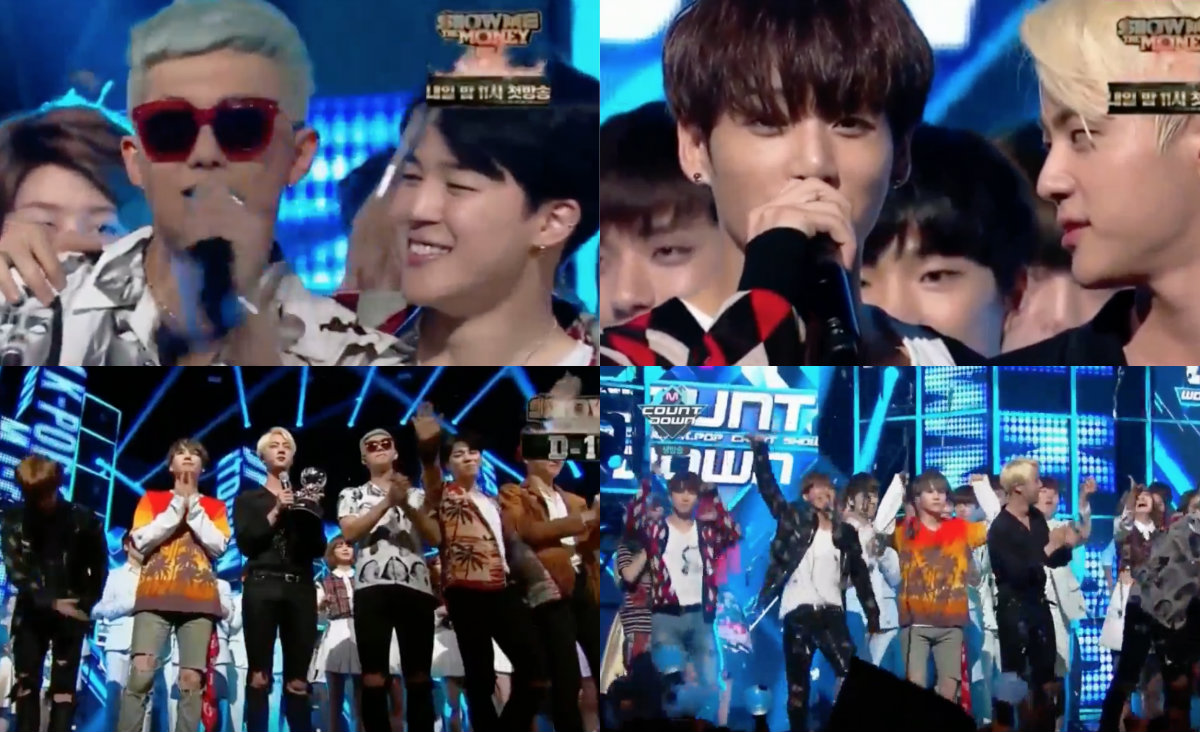 The May 12 episode of Mnet’s “M!Countdown” featured BTS and TWICE as contenders for first place. BTS won their first win for their latest release – “Fire” – after receiving 7692 points.

BTS thanked their fans all over the world, family, and staff for the win, and member Jungkook also reassured fans that he was okay. Yesterday, Big Hit Entertainment announced the Jungkook would be unable to participate in promotions because he had the flu, but earlier today, it was revealed that it was a misdiagnosis and that Jungkook recovered enough to promote with the rest of the group.