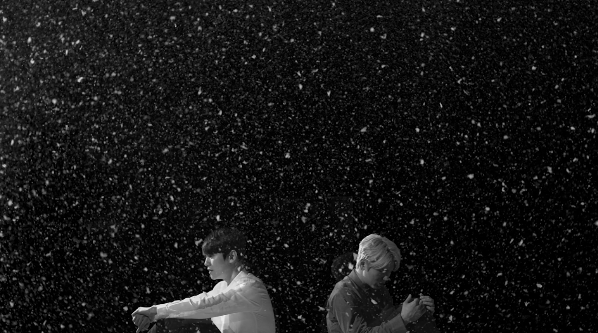 The much-anticipated duet by EXO member Baekhyun and singer K.Will has now been released!

On May 13 at midnight KST, digital music channel SM STATION dropped the track “The Day,” featuring Baekhyun and K.Will, as well as the song’s music video.

The track is a ballad about yearning for a lost love, and the music video shows a man being confronted with happy memories from the past while regretting his decisions. Although Baekhyun and K.Will don’t take lead roles in the music video, they are seen singing emotionally against a black backdrop throughout the video.

This track is the fourteenth release by SM STATION, which has previously put out tracks every Friday featuring collaborations between SM Entertainment’s own artists and artists from other agencies. Previously, Baekhyun’s fellow EXO member Chen collaborated with rapper Heize for STATION in April, and D.O. dropped the single “What Is Love” with producer Yoo Young Jin in February.

What do you think of Baekhyun and K.Will’s new track?

EXO
K. Will
Baekhyun
How does this article make you feel?