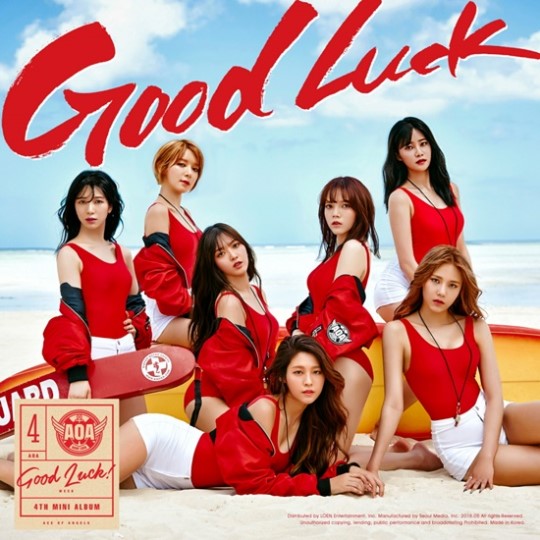 Girl group AOA released their new song “Good Luck” on May 16, and has already topped seven different music charts. At around 7 a.m. on May 16 the song ranked No. 1 on music charts such as Mnet, Genie, Olleh Music, Bugs, Soribada, Naver Music, and Monkey3. The song ranked third on Melon after TWICE and Jung Eun Ji.

AOA is making a comeback with this fourth mini-album after 11 months. The title track, “Good Luck,” is a refreshing summer dance number written by Canadian composer Matthew Tishler. In the song, AOA members express honest and confident lyrics such as “don’t ever let me go.”

With an addicting chorus and wild crush concept, the song is already taking music charts by storm and setting the path for another unbeatable summer hit.

Watch the MV below:

Support the artist by buying Good Luck from YesAsia
AOA
How does this article make you feel?