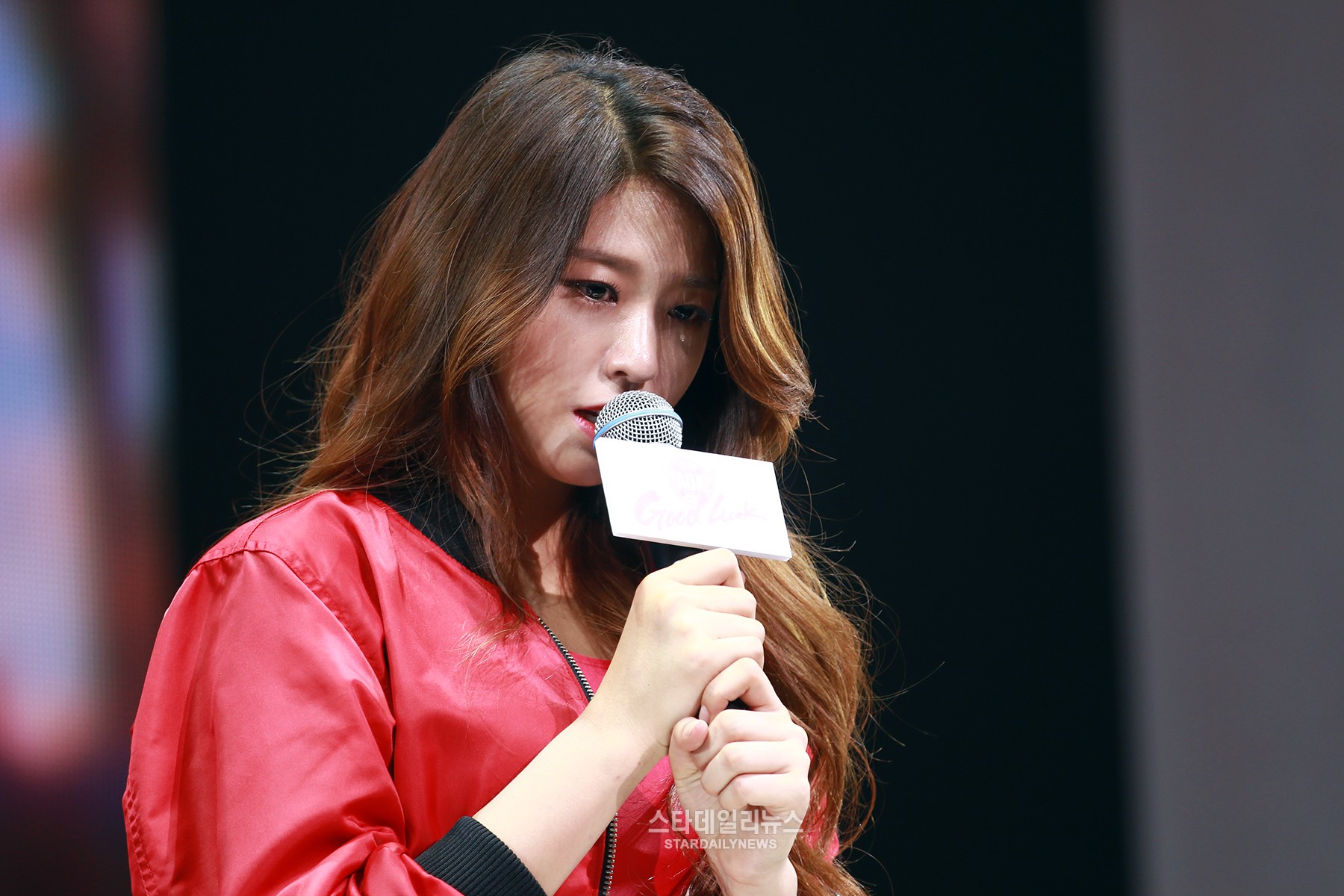 Watch: AOA’s Seolhyun and Jimin Shed Tears At Comeback Showcase As They Apologize For Recent Controversy

AOA’s Jimin’s voice was shaking as she began to talk, saying, “Since it’s our first comeback in a year I was very nervous, but I apologize for disappointing many people with this issue before our comeback. I will work hard to show you the best side of myself.” Jimin’s voice was heavy with tears as she thanked the press for coming. 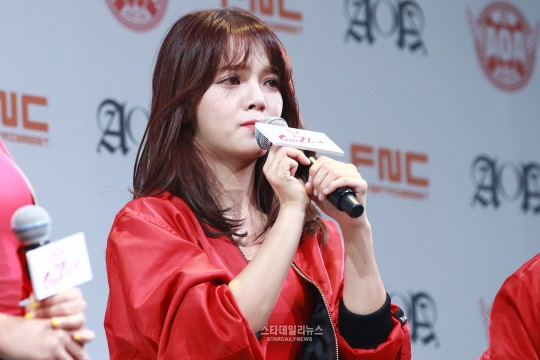 Seolhyun was thanking the press for attending the comeback, when she paused, unable to speak. Seolhyun then struggled through tears to say that she will show a prudent side of herself from now on. She apologized once again, bowing her head, and said she will work hard.

Support the artist by buying Good Luck from YesAsia
AOA
Star Daily News
Seolhyun
Jimin (AOA)
How does this article make you feel?