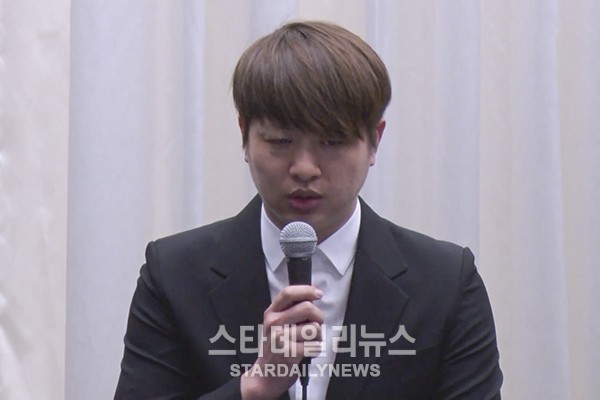 Yoo Sang Moo’s girlfriend, whose identify is being withheld, called the police around 3 a.m. on May 18 KST to report that Yoo Sang Moo tried to raped her in a motel in Gangnam, Seoul. The woman, described as being in her 20s, then called the police at 8:30 a.m. to withdraw her statement, which she later canceled. Despite the back and forth, and with the woman canceling her previous withdrawal of her statement, a public defender has been assigned to her and the case is being investigated by the police.

Yoo Sang Moo denies the allegation of sexual assault, saying that his girlfriend was drunk when she made that call.

As of now, the police have examined the CCTV recordings around the area of the motel and so far have found no evidence that Yoo Sang Moo forced “A” into the hotel.

It has also been recently revealed that “A” underwent testing for the presence of semen around 4 a.m. today (May 18 KST) at a hospital in Seoul.

Star Daily News
yoo sang moo
How does this article make you feel?