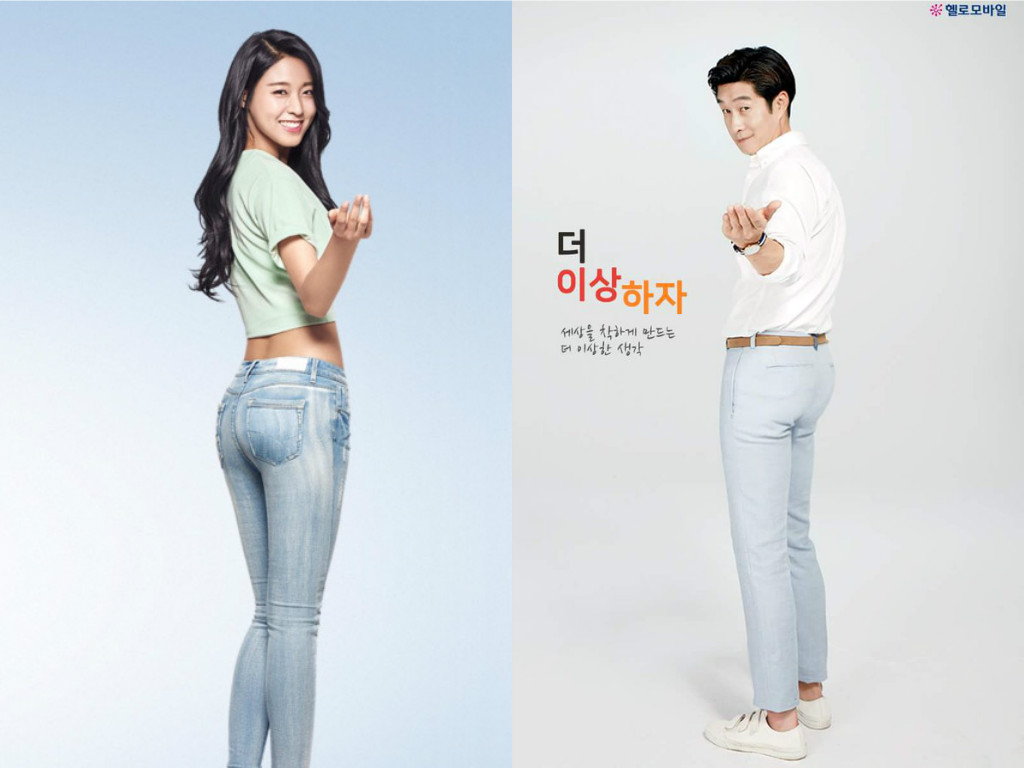 Recently, a post title “Seolhyun’s Rival (?)” is becoming a hilarious issue in online communities. This is due to actor Kim Sang Joong, who is currently the advertisement model for CJ Hellovision’s budget phone service, Hello Mobile.

An image that is going around online parodies girl group AOA member Seolhyun’s famous “backside” photo which was a part of SK Telecom promotions. The caption is also a parody of the company’s campaign phrase “let’s be weird (which can also be read as ‘let’s do more’),” replaced by “let’s be weirder – weirder thoughts that make the world a better place.”

While it is interesting to note that this parody image was publicized amidst a merger/acquisition between SK Telecom and CJ Hellovision, it was revealed that the poster was not an official advertisement image by Hello Mobile. It seems that the manager for Hello Mobile’s Facebook page used a b-cut photo from a recent advertisement photo shoot, added some funny elements, and posted it on the company’s social media page before it was spread through other SNS channels.

Currently, the image has been deleted from Hello Mobile’s Facebook. An affiliate of CJ Hellovision says, “The reaction wasn’t as good as we expected so the post was removed from our Facebook, but it seems that it spread through online communities.”

Some netizens who saw the photo posted witty comments, saying, “I would believe he was in his 20’s just looking at his backside,” and, “best proportions.”

What do you think about the parody image?

Kim Sang Joong
Seolhyun
How does this article make you feel?