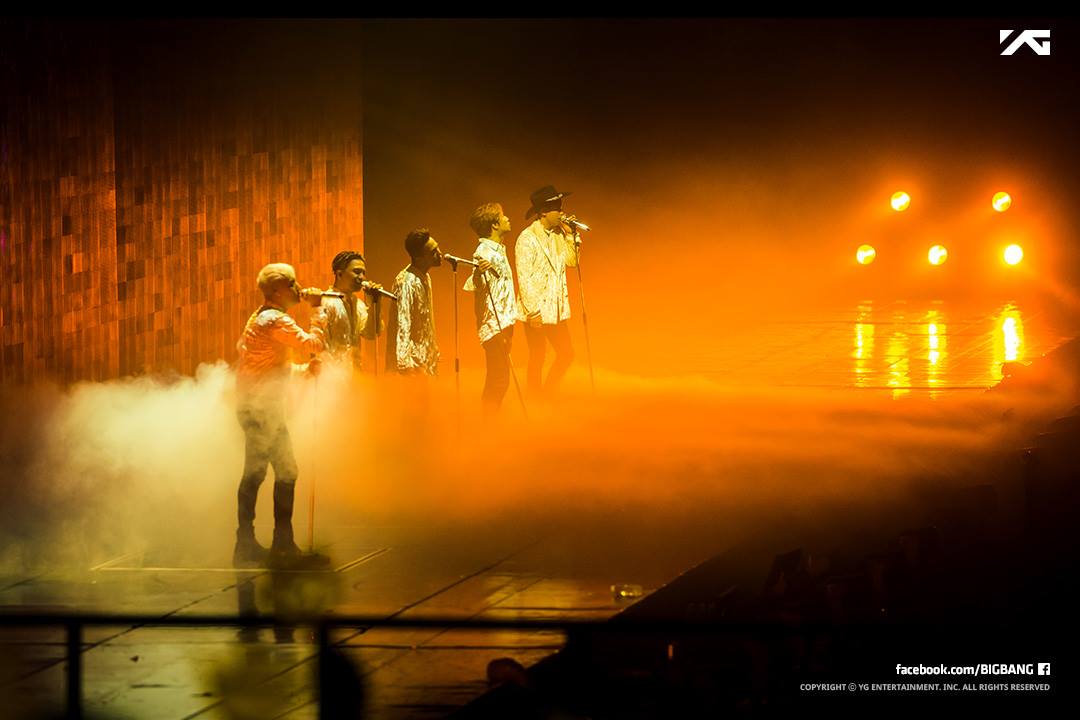 BIGBANG To Hold Guerrilla Concert – 10th Anniversary Celebration Or Gearing Up For Comeback?

One of the top K-pop groups, BIGBANG, will be holding a guerrilla concert, exact location and time unknown.

The only details revealed for the concert are that it will be in Seoul and likely in the fourth week of May. The reason for the concert is unknown, but BIGBANG is celebrating their 10th anniversary this year and the group is also due for a comeback, with military conscription coming up for members.

A source from YG Entertainment commented, “We are preparing for the concert, which was proposed by the members themselves.”

Following the concert in May, BIGBANG will continue their fan meeting tour in China through June and July, having recently added eight more cities. They are expected to meet around 110,000 fans through the tour.

BIGBANG is also looking forward to their 10th anniversary live concert being held in July at Osaka’s Nagai Stadium, meeting a total of 165,000 fans through their three-day concert.