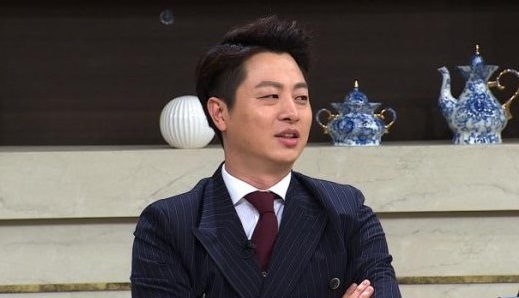 More details about the exact relationship between comedian Yoo Sang Moo and the alleged sexual assault victim have surfaced.

Local news source CBS No Cut News reports that according to the police’s incident report it obtained, Yoo Sang Moo met the alleged sexual victim, whom we are referring to as “A” in this article, on May 15 through Instagram. They started communicating. He later invited the 20-something-year-old female to a recording of a comedy program and “A” visited with her older sister on May 17. After the recording was done, Yoo Sang Moo invited “A” to go drinking with his co-workers and took her to a bar in Gangnam, Seoul.

They drank until around 2:30 a.m. (now May 18 KST), and Yoo Sang Moo said to her, “I want to sleep since I am tired from drinking. Please stay next to me until I fall asleep,” and took her to a motel nearby.

Then Yoo Sang Moo took off his clothes and tried to engage in sexual activity, but “A “strongly refused, ran away, and called the police.

There is no exact confirmation in the incident report if the two met in person in the two days between when they first contacted each other and the day of the show recording. And, says CBS No Cut News, it is uncertain from the police report whether this is just “A’s” side of the story or if this is the result of further corroboration into the story.

The police stated to the CBS No Cut News, “We are currently investigating and we plan to question the parties involved,” and did not go into specifics.

In response to this report, Yoo Sang Moo’s side commented, “Please wait until the results of the police investigation come out”.

Yesterday (May 18 KST), the day of the incident, Yoo Sang Moo’s side stated that “A” was his girlfriend, while “A” stated she was not.