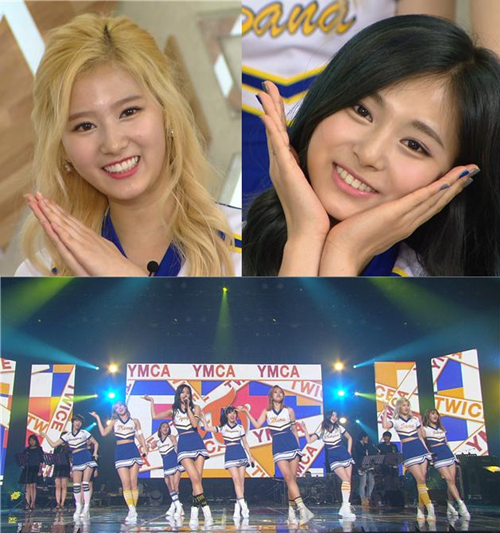 Girl group TWICE makes their first appearance on the May 21 episode of KBS2’s “Immortal Song 2.” The group was well received by fellow participants and viewers through their adorable tricks and lively performance. This week, musical contestants covered songs by Jo Kyung Soo and Ham Joong Ah. 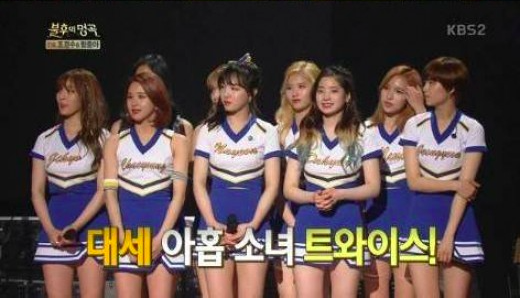 The group is also asked to show off their tricks or talents while they are interviewed in the waiting room. Member Sana makes the room laugh with her impression of jumping sounds from the “Super Mario” games. Chaeyoung imitates the sound of cleaning a window, while Tzuyu shows off her abilities to turn her arm 360 degrees, bend backwards into a bridge, and move her ears without using her hands.

Watch TWICE’s performance and hilariousness below!

TWICE
Immortal Songs
How does this article make you feel?