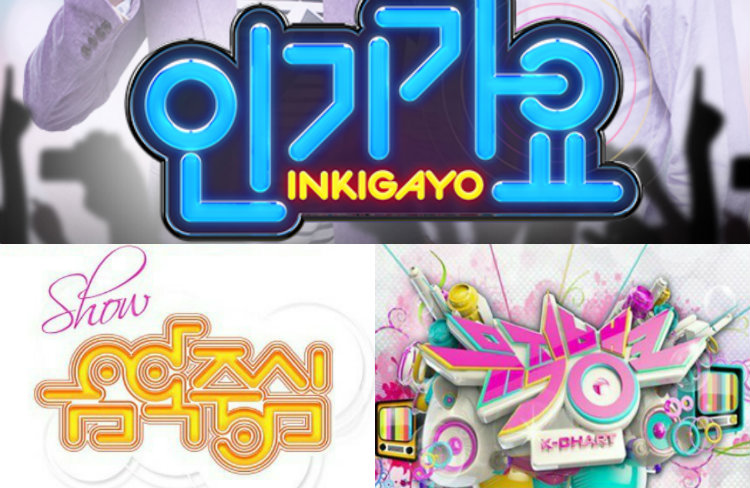 Why Do Music Shows Continue To Exist Despite Low Ratings?

Weekly music shows barely register in TV viewership ratings these days. Recently, SBS’s “Inkigayo” recorded 1.7 percent, MBC’s “Music Core” recorded 1.8 percent, and KBS2’s “Music Bank” recorded 1.3 percent. If they were any other variety show, they would have already been canceled. Yet, these weekly music shows, costly and exhausting to both the production and the artists who appear on them, continue to exist and their influence in the K-pop industry remains despite the proliferation of other media and venues for fans to listen and watch their favorite artists. Why?

Local news source Ilgan paints a picture of a systematic abuse of power. Music shows are headed by a PD (producer), who is managed by a CP (chief producer), and a CP is in charge of three to four programs. To appear on a music show, you must negotiate carefully with these two. For example, an agency has a group that just debuted and that agency needs to put the group on the show; despite the proliferation of other media and venues, music shows still remain the best way for artists to get their names out there. The network plays this to its advantage – the CP will demand that a top-level star from the agency appear on one of his/her other programs so that the rookie group can appear on the music show. That’s when you see a top-level star randomly appear on a variety show like “Radio Star” or “Law of the Jungle.”

Tuesdays are the day a PD and the agency have some face time. Seventy to 100 managers may put their name down on a list and wait an hour or more to meet the PD. It’s basically up to the manager to get their artists on a music show. If they miss one show one week, fans will criticize the agency, saying, “You guys are so incompetent; you can’t even get our artist on a music show.”

Although the low ratings of music shows have decreased their power slightly, a network can still say to an agency that decides not to appear on music shows at all that no one from that agency can appear on any show on that network. If the agency wants their artists to get on shows that actually have higher ratings and more content power like “King of Mask Singer” and “Running Man,” the artists have to appear on music shows. It’s a vicious cycle.

In contrast, for many years now, groups only get 300,000 won (approximately $250) per appearance. Music shows can’t pay more since their low ratings mean they are not getting any revenue from ads. When a music show puts together a huge event once in a while, it is likely that it wasn’t funded by the network, and some networks even ask the agencies to pay for the production of a stage set.

One agency CEO commented, “The relationship between a network and a agency is that of a topdog and an underdog. Within that kind of relationship, there are many unreasonable situations. But the best way for a network to control a music agency is through music shows, so there is near zero percent chance of them disappearing. Unless ratings actually hit zero percent.”