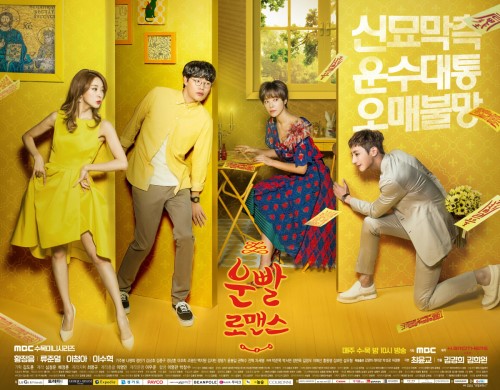 According to TV viewership research company, Nielsen Korea, the first episode of MBC’s “Lucky Romance,” which aired on May 25, recorded a 10.3 percent viewership rating in the nation, giving the new drama a feel-good start.

“Lucky Romance” is based on a popular webtoon of the same title written by Kim Dal Nim. The romantic comedy revolves around Shim Bo Nui (played by Hwang Jung Eum), who believes in superstitions, and Jae Soo Ho, who is a video-game CEO (played by Ryu Jun Yeol).

Watch the trailer below and catch the first episode at Viki!

Master-God of Noodles
Entertainer
Lucky Romance
How does this article make you feel?