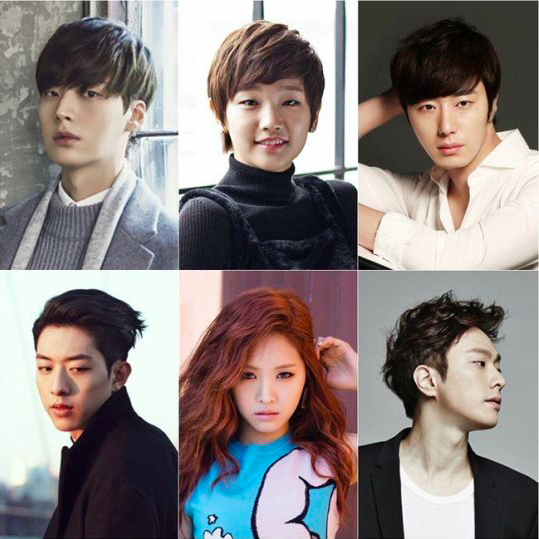 On May 27, a representative of tvN stated, “‘Cinderella and the Four Knights’ has recently finalized its airing schedule and is in its production stages. The company in charge of the production, HB Entertainment, suggests that the confirmed schedule will be announced next week.”

Based on a novel by writer Baek Myo, “Cinderella and the Four Knights” is about a female character, played by Park So Dam, who ends up living in a mansion where imaginary company “Haneul Group”‘s three grandsons (played by Jung Il Woo, Ahn Jae Hyun, Lee Jung Shin respectively) live. The drama will revolve around the quirky happenings of the cohabitants.

Actors Jung Il Woo, Ahn Jae Hyun, CNBLUE member Lee Jung Shin, Park So Dam, Choi Min, and A Pink member Son Naeun have confirmed their participation in the drama. Earlier this year, these actors came together for the first script reading. Actress Park So Dam is currently also involved in KBS2’s drama “Beautiful Mind,” which is set to air in June, creating a potential overlap in air dates of both dramas.