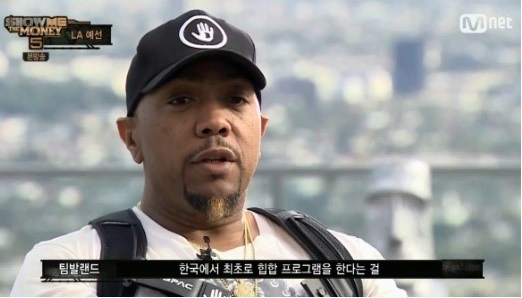 On the May 27 episode of “Show Me The Money 5,” US producer Timbaland made an appearance as a special guest.

Auditions were held in LA for the first time for the TV series, and the episode featured the second round auditions. Timbaland joined the show’s judges to choose five contestants to join the reality survival show in Korea.

The other producers show their excitement that Timbaland joined them on the panel of judges. Simon Dominic states, “The fact that he’s sitting there next to us is unreal.” Dok2 states, “It was like watching TV.”

Timbaland comments, “I think [Show Me The Money] is the most innovative show that I have ever heard [of].” He further praises Korea for having their first hip hop program. “They took something that was heavily american culture and made it their culture”

Check out some of the audition clips from the LA round below!