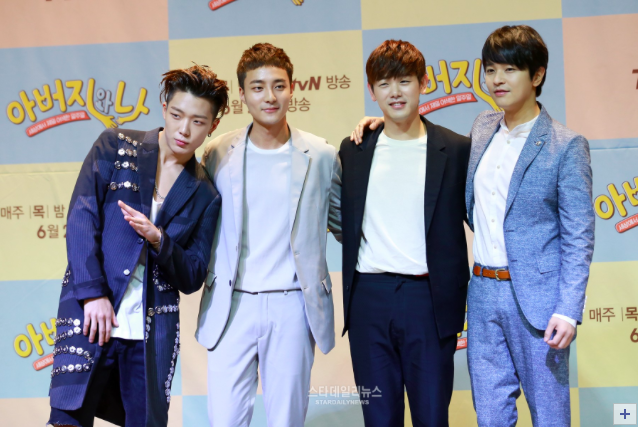 On May 27, a production presentation for new tvN variety program, “My Father and Me” took place at the Grand Hotel in Yeouido. PD Park Hui Yeon, actor/singer Kim Jung Hoon, Eric Nam, Roy Kim, and Bobby were present at the event.

“My father and Me” is a reality program that will be about celebrity sons taking their non-celebrity fathers on a vacation. The sons range in age from their twenties to forties and the show will follow father-son stories through their travels. The seven participants of the show, Nam Hee Suk, Ch00 Sung Hoon, Kim Jung Hoon, Yoon Park, Eric Nam, Roy Kim, and Bobby, went on trips with just their fathers for the first time. From April to May the participants traveled to a variety of countries in South East Asia and Europe.

PD Park Hui Yeon, who directs the program, stated, “These seven father-son teams spent entire days together eating and sleeping in the same space, sharing their normal everyday lives with each other; however, they all experienced a once in a life time opportunity to spend time together in a special way. Through their travels viewers will be able to feel the values of family happiness and communication.”

The PD further commented, “The production of the program started on the premise of the awkward father-son relationship. While preparing for the program we asked for tips from a travel agent who has been on the job for 20 years. That travel agent said that they never saw a father and son travel together before. That’s why a curiosity for father-son relations arose and production for this show began. We found a lot of fun elements amidst these often awkward and uncomfortable relations.” 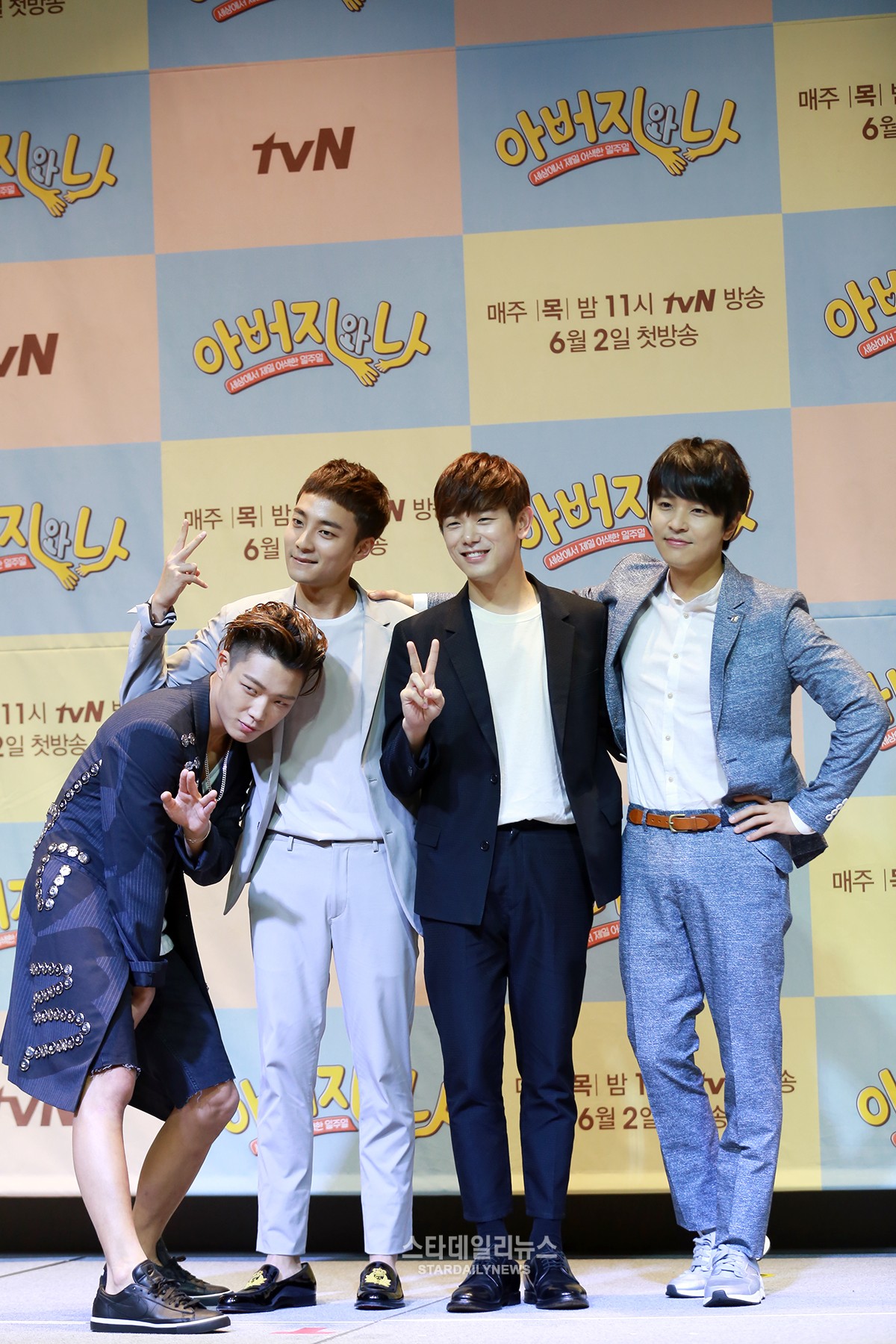 The participants also commented on their experiences filming for the show.

Eric Nam stated, “My father is my role model. Ever since I was little, my father and I would share honest conversations and I was comfortable going to my father for advice. Although we live far away from each other, he trusts and respects my decisions. When the offer for the program came, I was worried because I did not like my family appearing on television; however, my father was happy to comply and immediately started to diet and my aunt bought new clothes for him to wear.”

Roy Kim shared, “Although the relationship between my father and I is an awkward one, we know that we love each other. Although I do not contact him often, my father does not get disappointed and trusts that I am doing well. I was also reluctant to have family appear on TV, but on the contrary my father wanted to participate. He even received make-up before coming to meet the production staff. He is super excited these days.”

Bobby also commented, “My father and I are like friends. It was really nice to think that I was going on a trip with a friend. My father was reluctant to make a TV appearance, but he decided to join because he wanted to learn more about my life as a celebrity. I am very thankful.”

The participants actually made their own travel plans on the show. They independently chose places to stay and eat, free of scripts and pre-planned agendas from the production staff. Roy Kim commented, “The staff did not help us at all. Through planning the trip ourselves I learned that my father wanted to do a lot of things as a man. I felt a kinship to him as a fellow man.”

Kim Jung Hoon added, “My father is the standard conservative dad. He is curt and serious. I didn’t like those things, but I saw myself taking after him. Through our trip and seeing his every movement and action reminded me of our close past. I was able to become closer to my father through this opportunity.”

Eric Nam
Roy Kim
Star Daily News
My Father and Me
Bobby
Kim Jung Hoon
How does this article make you feel?