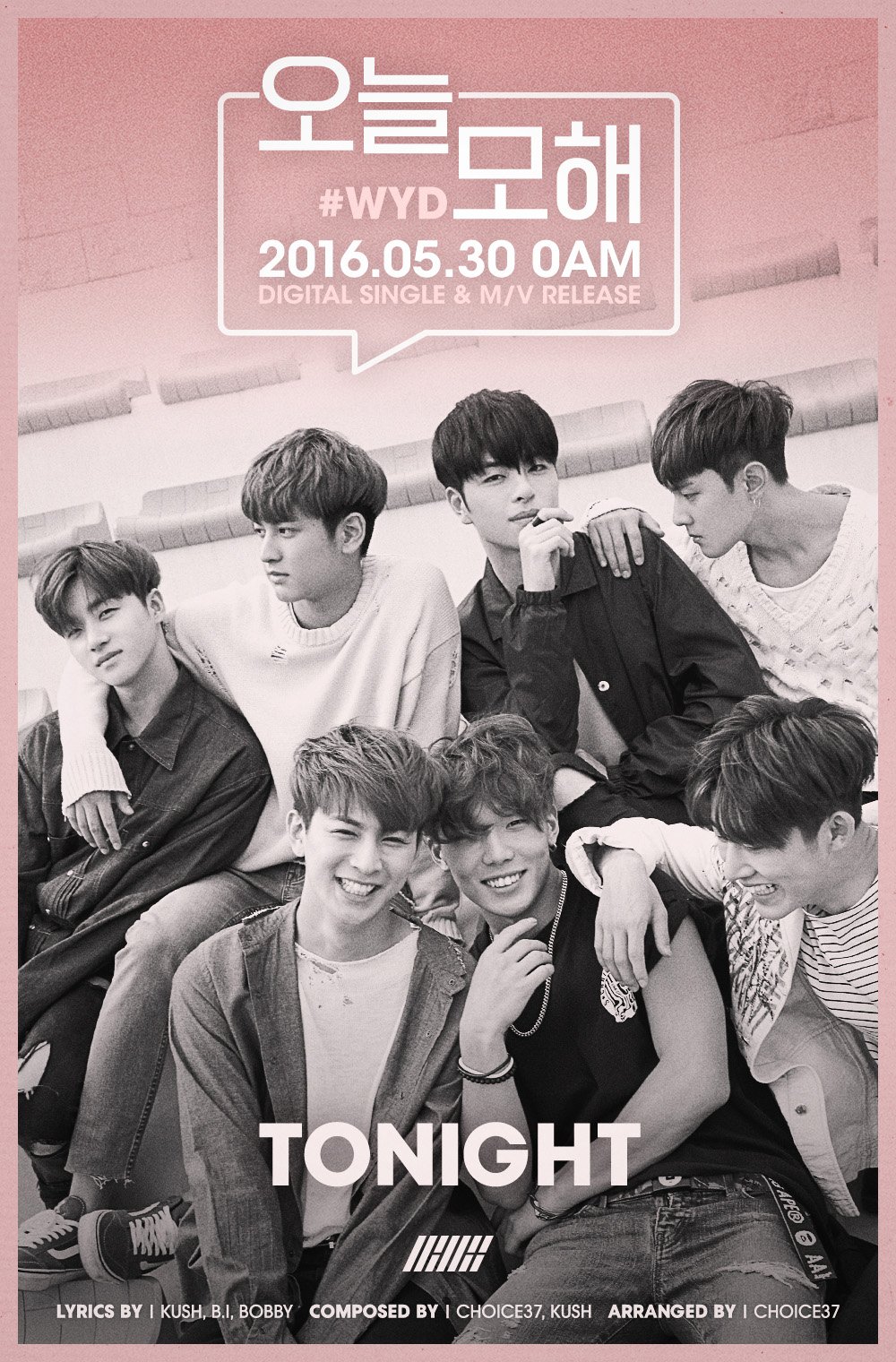 iKON released the track “What You Doing (WYD)” at 00:00 on May 30 through numerous Korean and overseas music sites. The song rose to the top of real-time music charts for seven main domestic music sites; Genie, Olleh Music, Naver Music, Bugs, Soribada, Mnet Music, and Monkey 3; within ten hours of its release.

In addition, “WYD” ranked no. 1 on the iTunes main singles charts for five countries including Cambodia, Hong Kong, Thailand, and Vietnam, a little over ten hours since the song’s release. Including its no. 1 rankings, the track made it into the top ten on the iTunes main singles charts for a total of eleven countries, ranking no. 3 in Malaysia, Singapore, and Taiwan, no. 4 in Kazakhstan, no. 8 in Indonesia, and no. 10 in Armenia.

The ranking for “WYD” continues to rise on the iTunes main singles charts for various countries, garnering even more interest on how far they will go.

As a group which has been earning the attention of the international audience after debuting last September, iKON’s recent achievements are another indication of the continued interest of international fans in the group.

Meanwhile, the track “WYD” is a song about the fluttering heart of a guy who has fallen in love with a girl. Members B.I and Bobby wrote the lyrics with producer Kush and Choice37 co-produced the track with Kush.