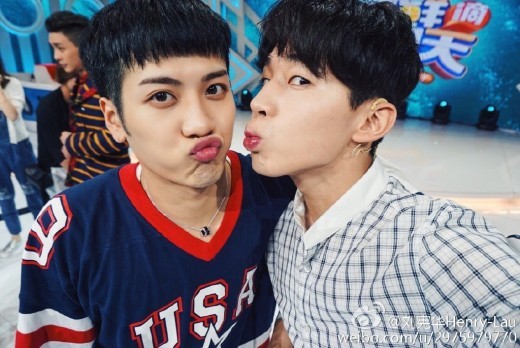 The two, who have been active on different variety programs in China, met as an MC and guest on Hunan TV’s “Sunday is Tasty.”

The friendly photos revealed by Henry show the two being playful with puckered lips in one and standing side by side, being more reserved and cool, in another. 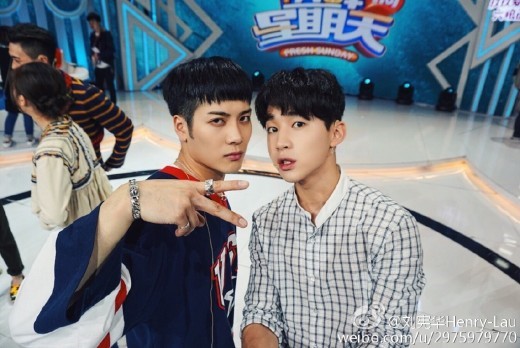 Henry further displayed their close friendship with the caption, “Jackson, we finally did it! I’ve been waiting to appear on the same show as you for a long time.”

Meanwhile, Hunan TV’s “Sunday is Tasty” is a star cooking competition variety show with Jackson as one of the MCs.

Henry
Jackson
How does this article make you feel?