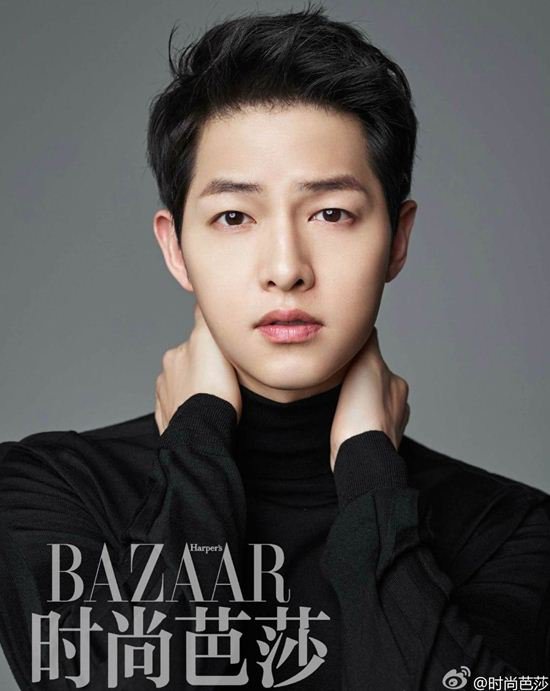 Actor Song Joong Ki revealed his thoughts on dating in an interview by local Chinese media at his photo shoot for “Bazaar.”

The actor appeared on the set of the photo shoot in simple, comfortable attire and cared more about taking care of the people around him than his top star status. Song Joong Ki showed his good manners as well as he greeted each of the Chinese staff members in Chinese as soon as he appeared.

After moving the hearts of female fans in China through KBS2’s “Descendants of the Sun,” Song Joong Ki instantly became the no. 1 ideal type for Chinese women. When asked if he was a romantic guy like his character Yoo Si Jin, the actor humbly answers, “I don’t think a guy like Yoo Si Jin exists in the world. I’m just a normal guy who is old-fashioned and a bit serious.”

Regarding the question about his love life, which is the topic of interest for many fans, Song Joong Ki reveals, “My dating style is not that special. But I have no plans to go public if I get into a relationship. I will do my best to preserve the emotion for the person that I like but I also want to keep it secret for that person.”

Meanwhile, the actor is currently said to be busy studying English, Chinese, and Japanese in order to better communicate with international fans. He even expressed his hope to sing for fans in Chinese. Song Joong Ki has moved peoples’ hearts by singing Chinese song “It’s been a long time” completely at a fan meeting in China.