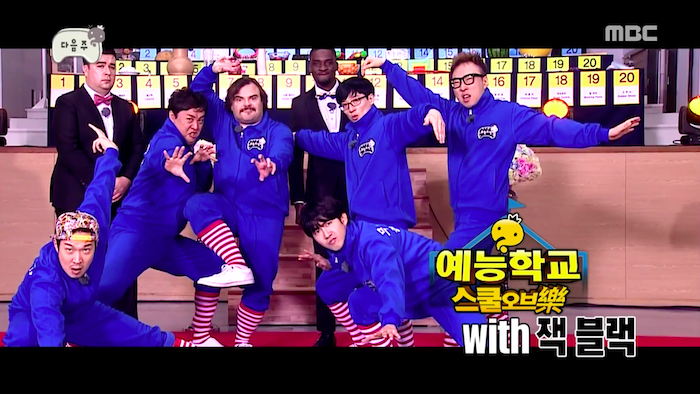 It has been reported that MBC’s hit variety program “Infinite Challenge” will make a visit to American actor and comedian, Jack Black, sometime in June. The production crew recently revealed that they are still in the discussion phase.

On June 3 a representative of the program stated, “Although we are getting ready to film in the US, we are still in the middle of discussions. We cannot reveal any specific details of the filming.”

An affiliate of the variety program previously revealed that the “Infinite Challenge” team was invited by Jack Black to his home and that the team would leave for California sometime in the middle of June.

This special episode was previewed on the show last month.

Who is ready for another hilarious episode of “Infinite Challenge” with Jack Black?