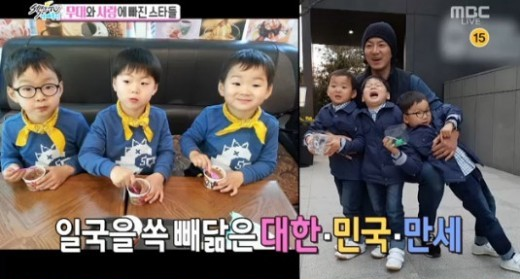 Actor Song Il Gook recently commented on the possibility of his famous triplets as musical actors.

In response to one of the questions on who out of his three children he would want to become a musical actor, Song Il Gook answers, “Minguk has a really good sense of pitch. So does his mom. Manse has the character,” and, “If they tell me they want to do it, I will encourage them.” 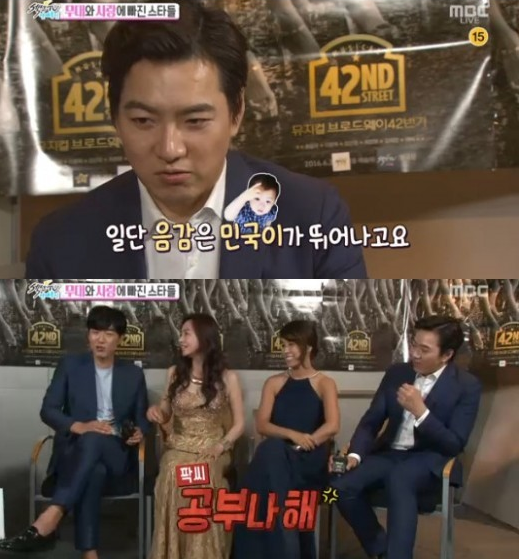 Fellow actor Lee Jong Hyuk commented, “Just wait until they get older,” and “They will say, ‘Dad, I got a 0 [on my school work], can’t I become a celebrity instead?’ Then you will just tell them to ‘go and study,'” making everyone laugh by implying the words of his own children.

Song triplets
Song Il Gook
How does this article make you feel?