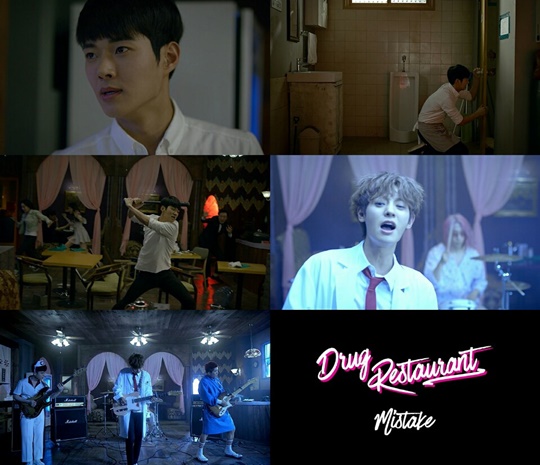 Drug Restaurant is the new name of what was previously known as the Jung Joon Young Band. The name Drug Restaurant is said to represent the group’s desire to provide listeners with greater relief than any drug in the drugstore and to offer a gateway out from the pressures of the society.

Rookie actor Park Hyun Soo stars in the music video which portrays the hardships a young waiter experiences at his job and his refreshing revenge.

Drug Restaurant will promote their new album through concerts and festivals.

Drug Restaurant
Park Hyun Soo
How does this article make you feel?