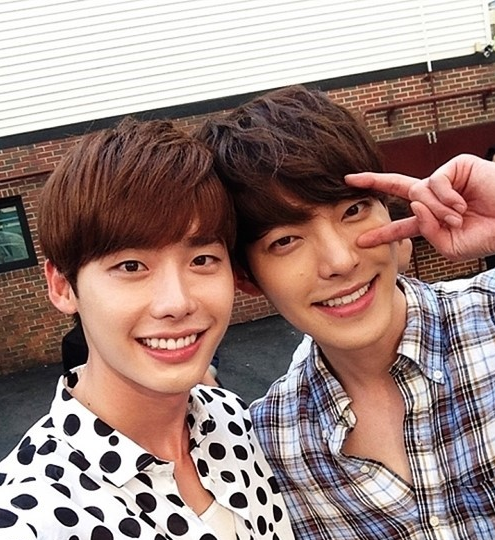 Currently, Wednesday-Thursday dramas KBS’s “Master: God of Noodles,” SBS’s “Entertainer,” and MBC’s “Lucky Romance” are airing. Interestingly, Ji Sung, Hwang Jung Eum, Ryu Jun Yeol, and Hyeri ended up in dramas that would be competing each other for ratings.

Hwang Jung Eum and Ji Sung are good friends and have worked together before on KBS’s “Secret” and MBC’s “Kill Me, Heal Me.” Likewise, Hyeri and Ryu Jun Yeol acted together on “Reply 1988” and became friends.

Lee Jong Suk’s “W” is written by Song Jae Jung who previously wrote “Nine: 9 Times Time Travel.” “W” is described as a romantic suspense melodrama that is set across different dimensions in Seoul, crossing between reality and virtual reality. Lee Jong Suk will portray Kang Chul who is a former Olympic gold medalist and self-made chaebol.

Kim Woo Bin’s “Uncontrollably Fond” will show the past and present love story between a top star and documentary PD. This drama has been pre-produced and has finished filming.