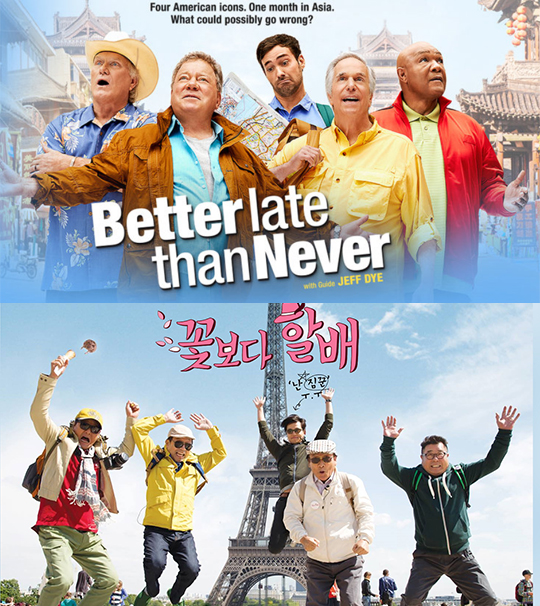 The American remake of “Grandpas Over Flowers,” titled “Better Late Than Never” has released their first trailer.

NBC had bought the rights to the program last fall. The original show was led by renowned PD Na Young Suk, and featured four veteran actors (Lee Soon Jae, Shin Goo, Park Geun Hyung, and Baek Il Sub) traveling across Europe. They were accompanied by a younger actor, Lee Seo Jin, who acted as their driver, cook, and baggage boy.

The American version stars Henry Winkler, William Shatner, Terry Bradshaw, and George Foreman with Jeff Dye as their guide. They will be traveling across Asia, including a stop in South Korea. 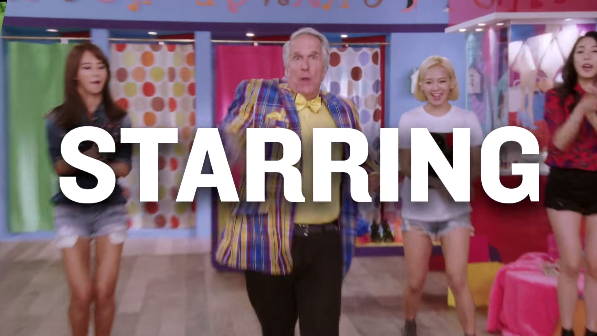 We also get a brief glimpse of Girls’ Generation’s guest appearance on the show about 34 seconds in to the teaser. We previously reported that their recording took place at the SM COEX Atrium in August last year.

“Better Late Than Never” will premiere later this year on August 23.

What do you think of the remake so far?

Grandpas Over Flowers
Better Late Than Never
Girls' Generaton
How does this article make you feel?