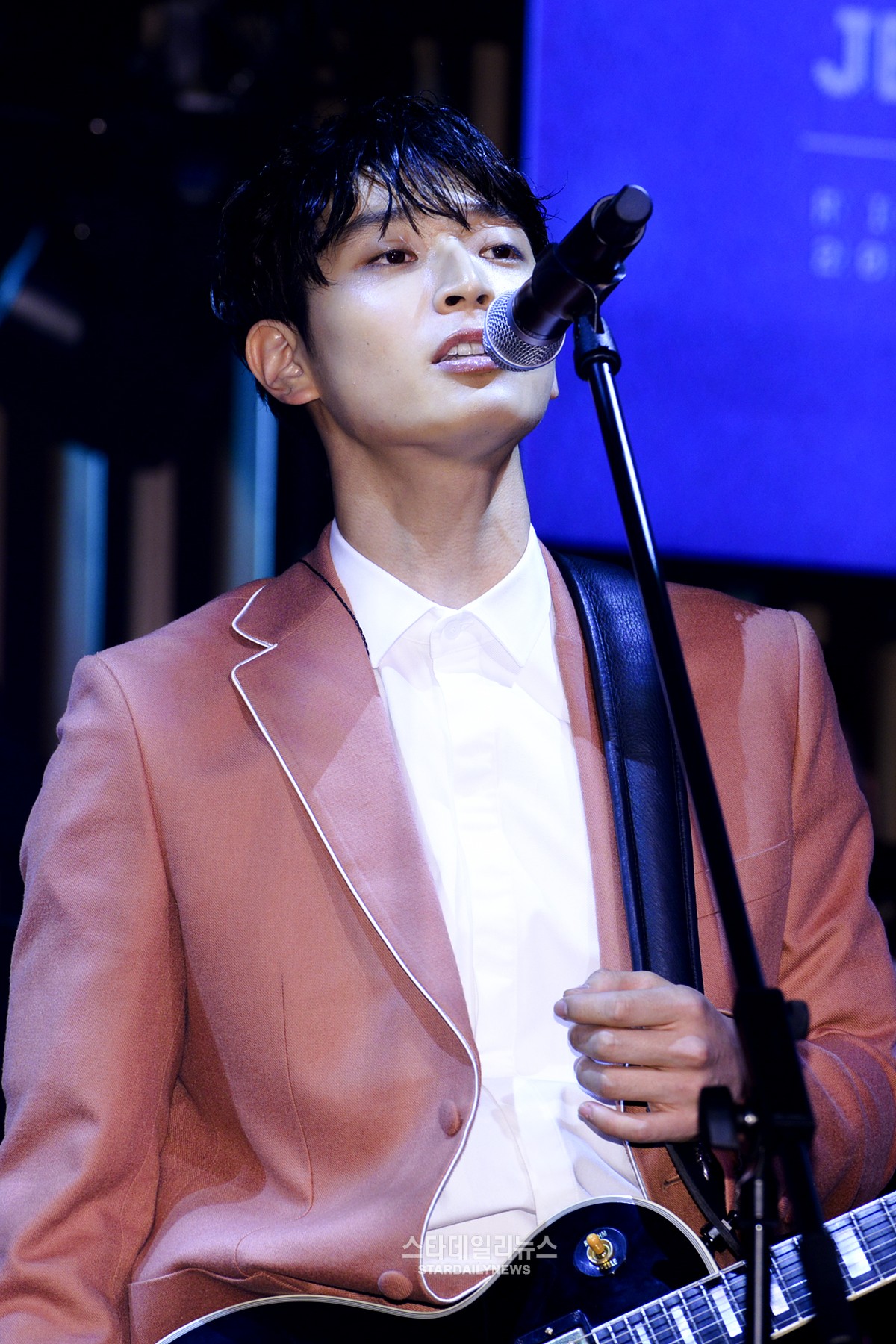 On June 9, Jeong Jinwoon held a showcase for his first maxi single “Will.” At the showcase, he revealed that he had had trouble finding the right agency to fit his music.

“I heard the word ‘no’ 99 percent of the time at JYP and Big Hit Entertainment,” he said. “It wasn’t 100 percent because at Big Hit I got to release my solo single ‘You Walking Towards Me.’”

He also shared that his music has changed from his previous acoustic guitar sound. “Park Jin Young PD told me that I had to believe in my music until the end. I was influenced by San E a lot. Park Jin Young told me that I might have to leave like San E to find success.”

“Yoon Jong Shin [the founder of Mystic] and I talked a lot,” he shared. “When he first heard my music, he told me that there was still a lot I had to work on and we could walk that road together. He worked hard on helping me with vocal mixing and recording.”

Star Daily News
Jeong Jinwoon
How does this article make you feel?