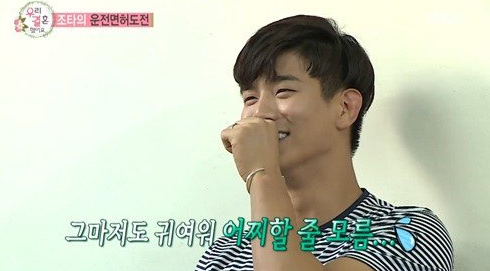 On the recent episode of “We Got Married” that aired on June 11, Jota decides to take the driver license test.

When this couple first met, Jota had to sit in the passenger’s seat because he didn’t have a driver’s license yet. In order to take his wife for a drive, Jota prepares for the driver’s test and Kim Jin Kyung is by his side to support him. 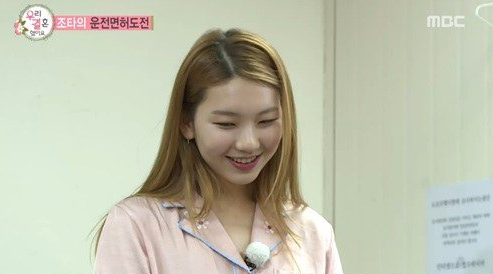 Jota succeeds in getting his driver’s license in the end, and takes Kim Jin Kyung on a romantic drive right away. 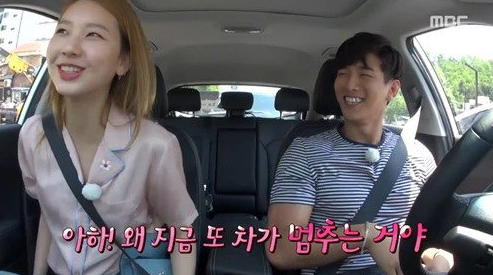 During the drive, Jota asks Kim Jin Kyung to show aegyo for him. 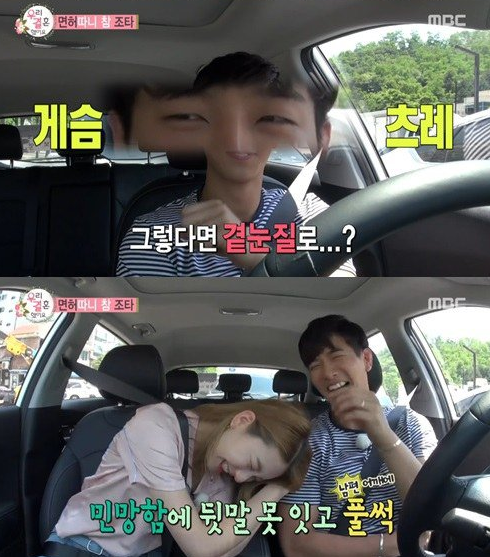 Seeing his wife being shy, Jota starts smiling and laughing even before she shows anything. Even the panel watching this couple from the studio says, “She didn’t even show aegyo yet…”