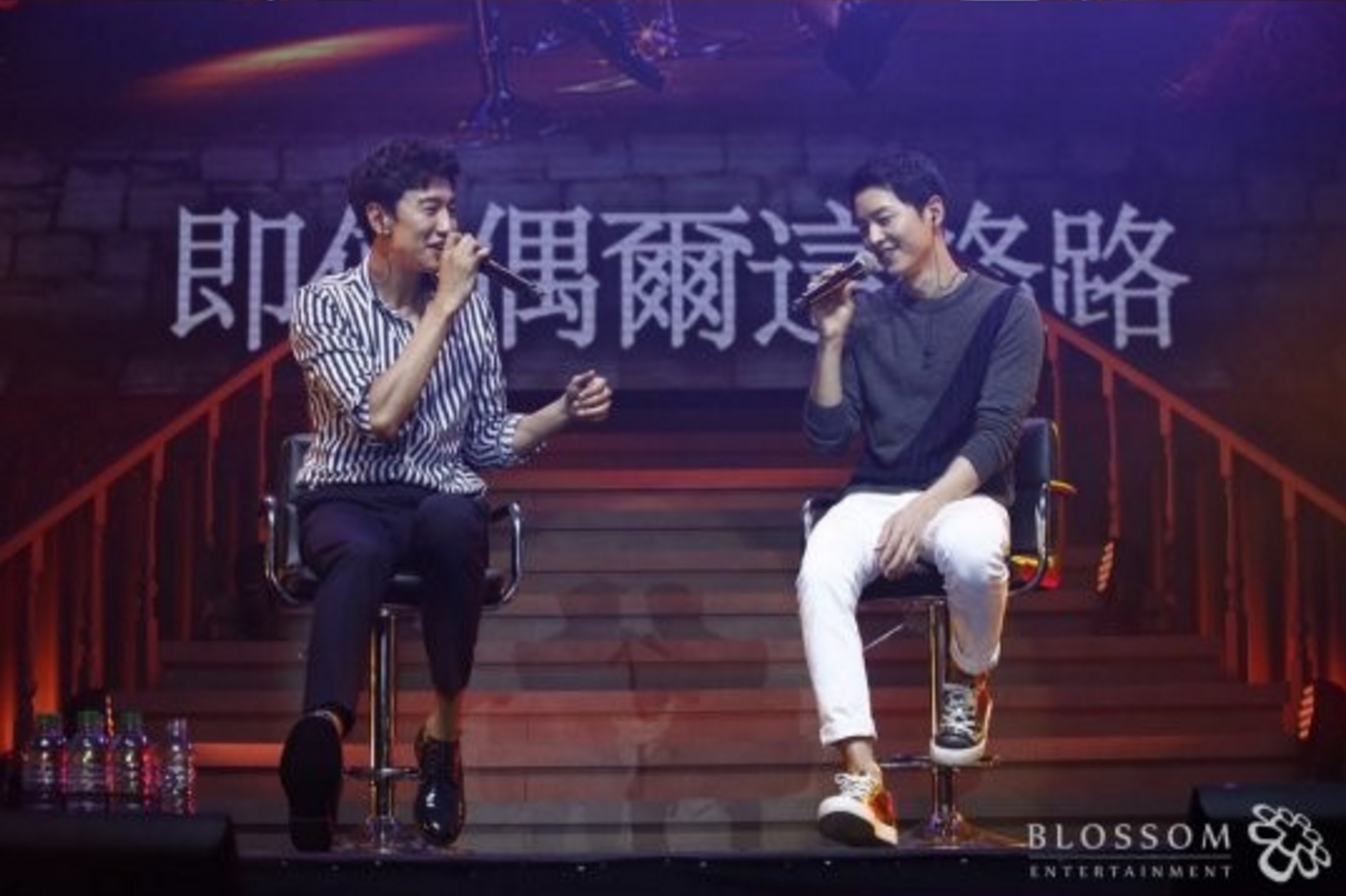 Song Joong Ki recently visited Hong Kong for the AsiaWorld-Expo, where he held the seventh fan meeting of his 2016 tour of Asia on June 11, 2016. 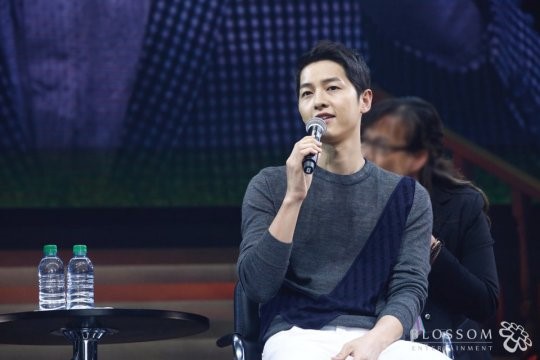 To the 8000 fans in attendance, Song Joong Ki explained why Hong Kong is a special place to him. He said, “It’s the first place I went for vacation after I became an adult; I actually went to Lan Kwai Fong yesterday. I’m so happy to be holding my first fan meeting in Hong Kong today, and I was really surprised to see so many people here. Thank you so much.” 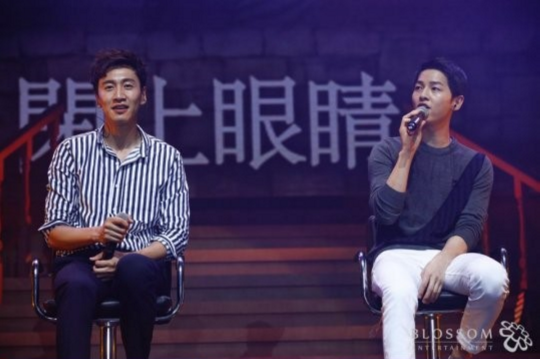 Lee Kwang Soo joined Song Joong Ki in Hong Kong for the fan meeting, and among playful bickering, the two showed fans their famous friendship firsthand, and scooted together for an adorable duet.

Wong Cho Lam of “Hurry Up Brother 4,” a Chinese adaptation of Korea’s “Running Man,” also came out to support Song Joong Ki, who recently filmed the show. Song Joong Ki said, “‘Hurry Up Brother’ was my first variety show in China so I was really nervous, but [Wong Cho Lam] really took care of me on set and helped me out a lot.”

The actor closed with a message of thanks to fans: “When I’m having a difficult time, I think of your passion, and it’s always energizing. I thank you from the bottom of my heart. I’ll repay you with good acting.” 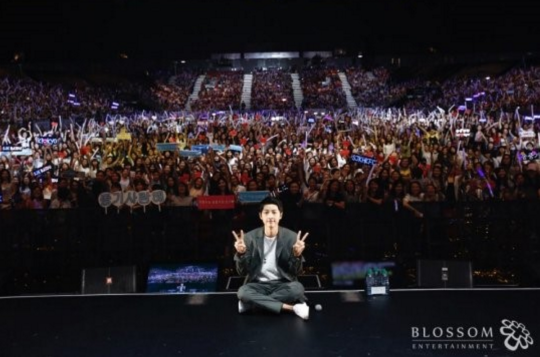 Lee Kwang Soo
Song Joong Ki
How does this article make you feel?