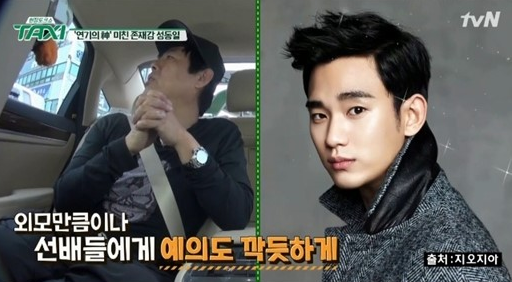 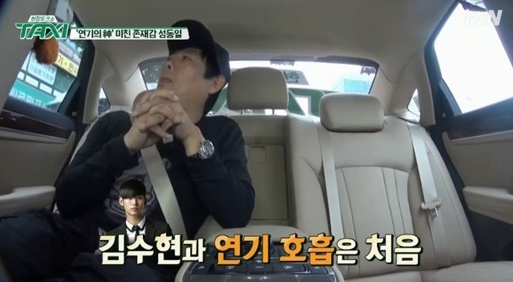 During the show, the MCs mention actor Kim Soo Hyun, who Sung Dong Il worked with in the film “Real.” 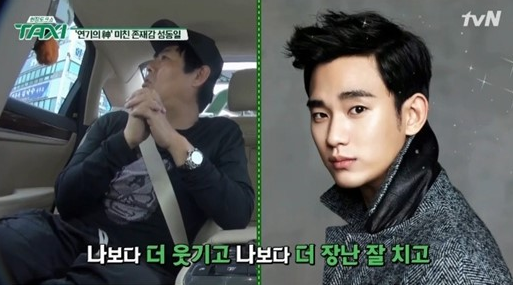 Sung Dong Il says, “I worked with him for the first time [in ‘Real’]. He’s a very uplifting person than you’d think. He’s funnier and more of a jokester than me. He has great manners; he would always bow and greet others even when someone just one year older than him appears.” 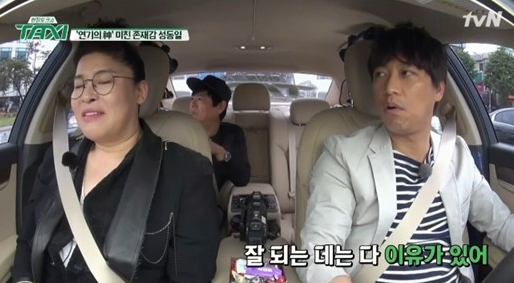 Hearing this, MC Oh Man Suk compliments Kim Soo Hyun saying, “There is a reason to his success.”

Kim Soo Hyun
Sung Dong Il
How does this article make you feel?