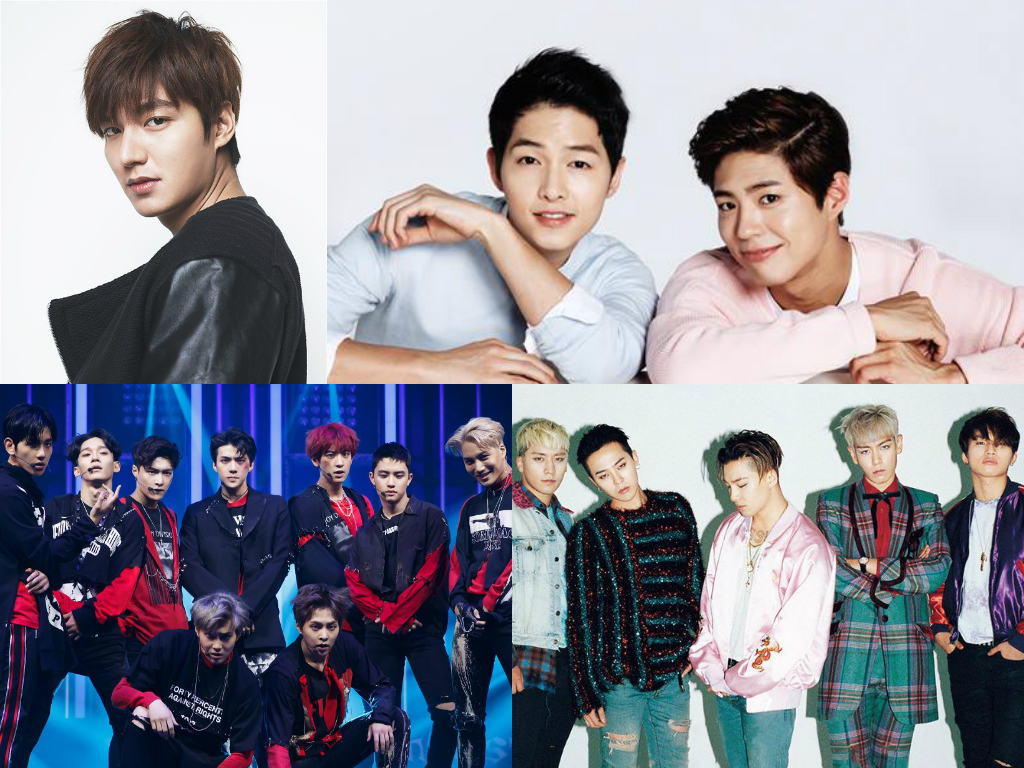 On June 14, according to a Korean consumers’ forum, the results for the influential figures section of “South Korea’s 2016 Brand Grand Prize” (literal translation) were finalized. Chinese consumers voted for their favorite Korean celebrities, indicative of these stars’ hallyu power.

Voting was conducted from May 26 to June 5 by two of the largest newspapers in China, and people could cast their votes either online or through mobile phone from a list of candidates that were pre-selected based on recent surveys. Around 189,000 people participated, while the total number of votes casted was close to 803,000 (multiple votes were allowed).

The newest additions to this list include main actors of “Descendants of the Sun,” Song Joong Ki and Song Hye Kyo, Hwang Chi Yeol, who is well-loved through his appearance in various Chinese program, Park Hae Jin, and Park Bo Gum, thus solidifying their images as hallyu icons. The remaining stars were all previously included in last year’s list.

A representative of the forum says, “As the content of Korean pop culture shows a superior performance, Korean stars are receiving much love and interest from Chinese fans.”