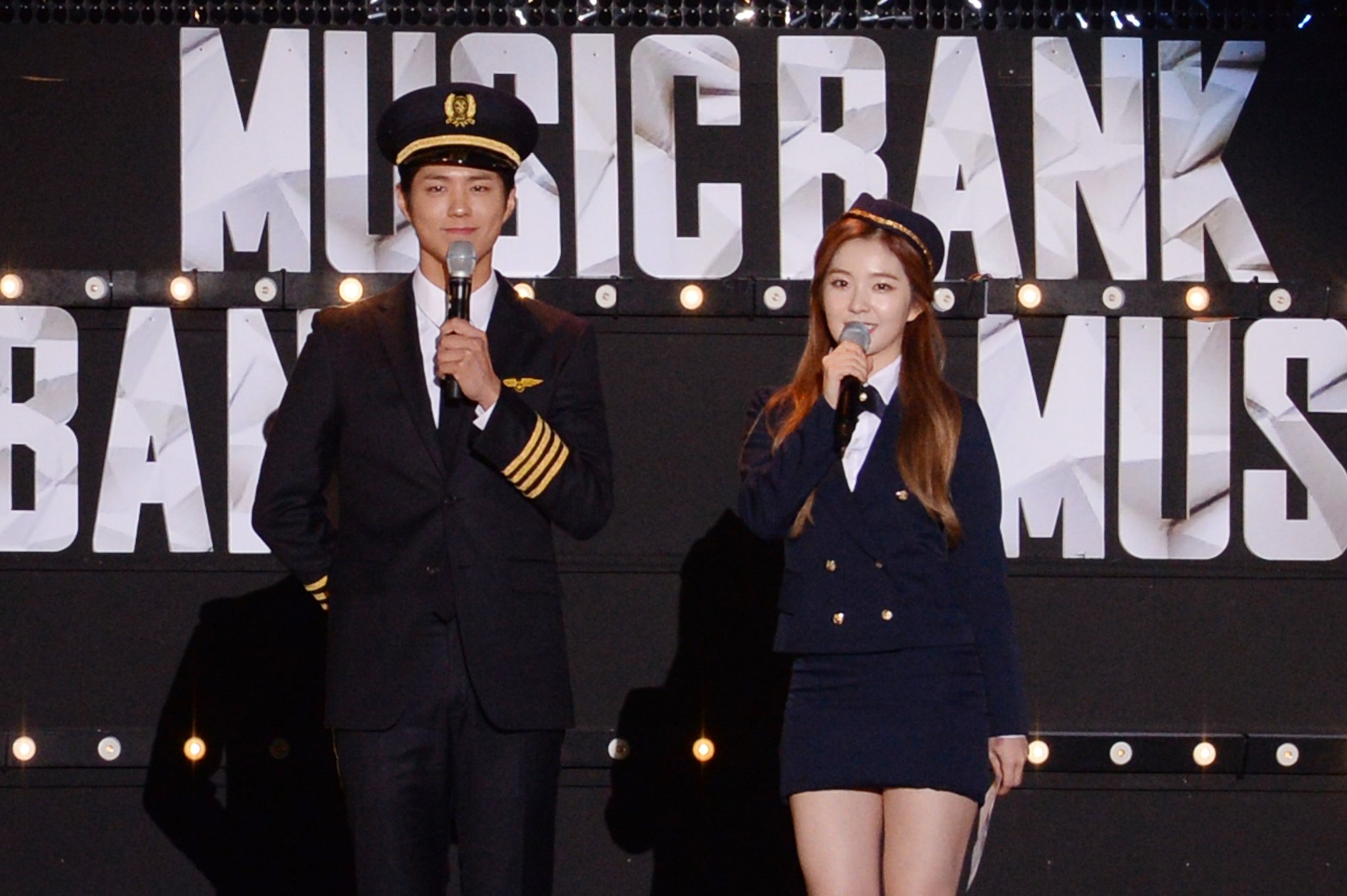 Red Velvet’s Irene and actor Park Bo Gum are stepping down from their MC positions on the weekly KBS music program “Music Bank.”

KBS announced today that Irene and Park Bo Gum, who have been MCs of the show since last year’s May, have decided to step down recently. The production team of the show added, “Due to their busy schedules, such as drama filming, that will make live filming for the show difficult, discussions were held on the right time to depart, and it was recently decently they would.” The production team have not yet decided on their replacement.

Park Bo Gum will be busy filming for his upcoming drama “Moonlight Drawn by Clouds,” and Red Velvet is said to be preparing for a summer comeback.

Park Bo Gum and Irene will host “Music Bank” until the end of this month.

Park Bo Gum
Irene
Music Bank
How does this article make you feel?