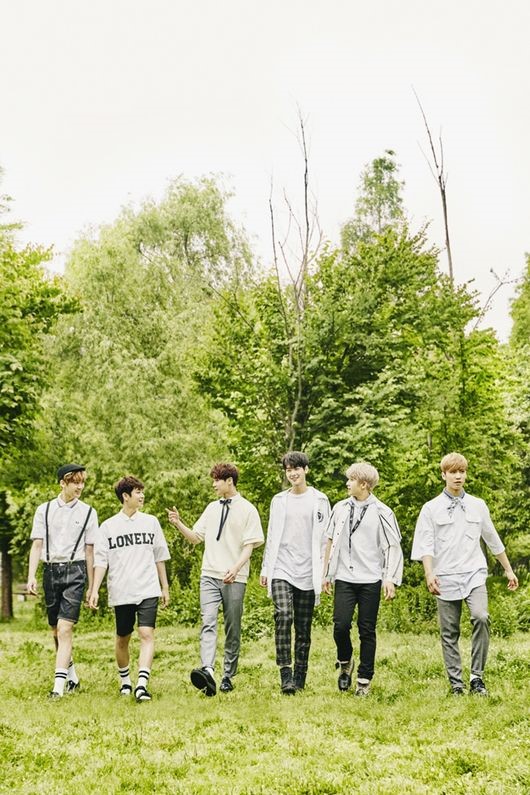 The mini album is titled “Summer Vibes” with the title track “Short of Breath” (direct translation). The title track is the second in the “soom” (숨) series; their debut track, translated to “Hide & Seek” (숨바꼭질), also started with the Korean “soom,” just like this upcoming title track (written as 숨가빠 in Korean).

“Short of Breath” will be a “refreshing” song with a “clear” melody and addictive lyrics. The song is produced by Lee Ki Yong Bae, who also worked on “Hide & Seek.”

The new teaser image is of the group members walking together, set against a lush and green background.

ASTRO also revealed their comeback promotion schedule. Fans can look forward to a music video teaser on June 20, more images and teasers the following days, with the group promising a “special present” on June 29. “Summer Vibes” will be released on July 1, at 12 a.m. KST.

Meanwhile, ASTRO will be performing at KCON LA on July 31, where they will meet with their US fans for the first time.