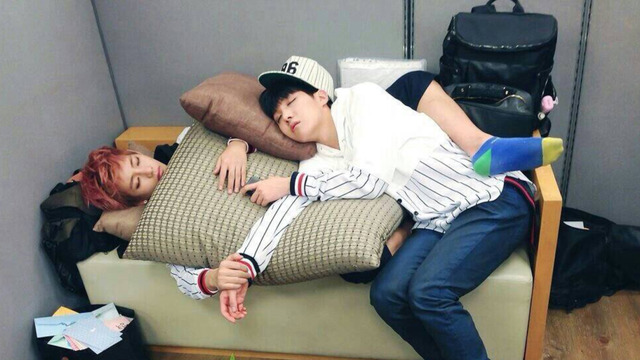 7 Times Idols Adorably Cuddled With Each Other

In Korean culture, “skinship,” or physical intimacy, is not reserved for romantic couples only; it is quite common for close friends (usually of the same gender) to use skinship. Boys and girls alike may hold hands, embrace, or sit in each other’s laps. Idols are no exception!

Here are some of the most adorable skinship moments between idols, in no particular order:

On episode 9 of “EXO Showtime,” the members played a game to see how long they could stay completely silent. During a game of “007 Bang,” Chen’s quick playing causes Kai to lose one round. The members quickly drag Kai into the middle of the circle and playfully hit him as punishment. When Kai whimpers and crawls back to his seat, Chen gives him a big hug to apologize.

On GOT7’s “Just Right” Live Party, the members revealed a video from their dorm after their fans reached 300,000 comments. The dorm video shows Jackson and Jinyoung cuddling on the couch; Jackson even hooks his leg over Jinyoung’s!

While shooting a CF for Baskin Robbins, Red Velvet’s Seulgi and Wendy looked totally adorable when they shared a jacket! (If “Ice Cream Cake” wasn’t stuck in your head the second you saw this gif, it is now. You’re welcome.)

When BTS went to Thailand in 2014, this photo of Jimin, V, and Jungkook all snuggled up was uploaded to the group’s official Facebook page. Um, can I get in on this spoon pile? 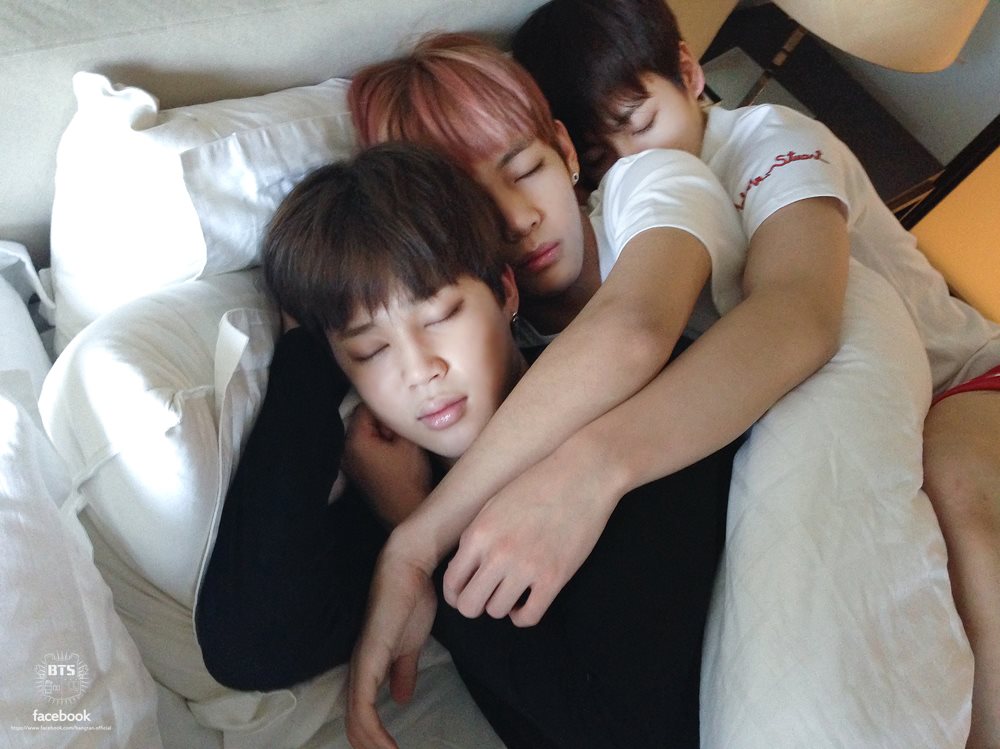 It’s not exactly cuddling, but in episode 3 of “A Pink Showtime,” Chorong is bored and wants to play, but her roommate Bomi is sleepy! So Chorong uses a, uh, creative way to wake her up:

SHINee’s Minho explained that he was excited to share a room with EXO’s Suho on the KBS special “Exciting India” because they became close friends as trainees, but drifted apart for a while when Minho debuted before Suho. On their third night in India, Minho cuddles with Suho and tells him that he was sorry when they drifted apart: 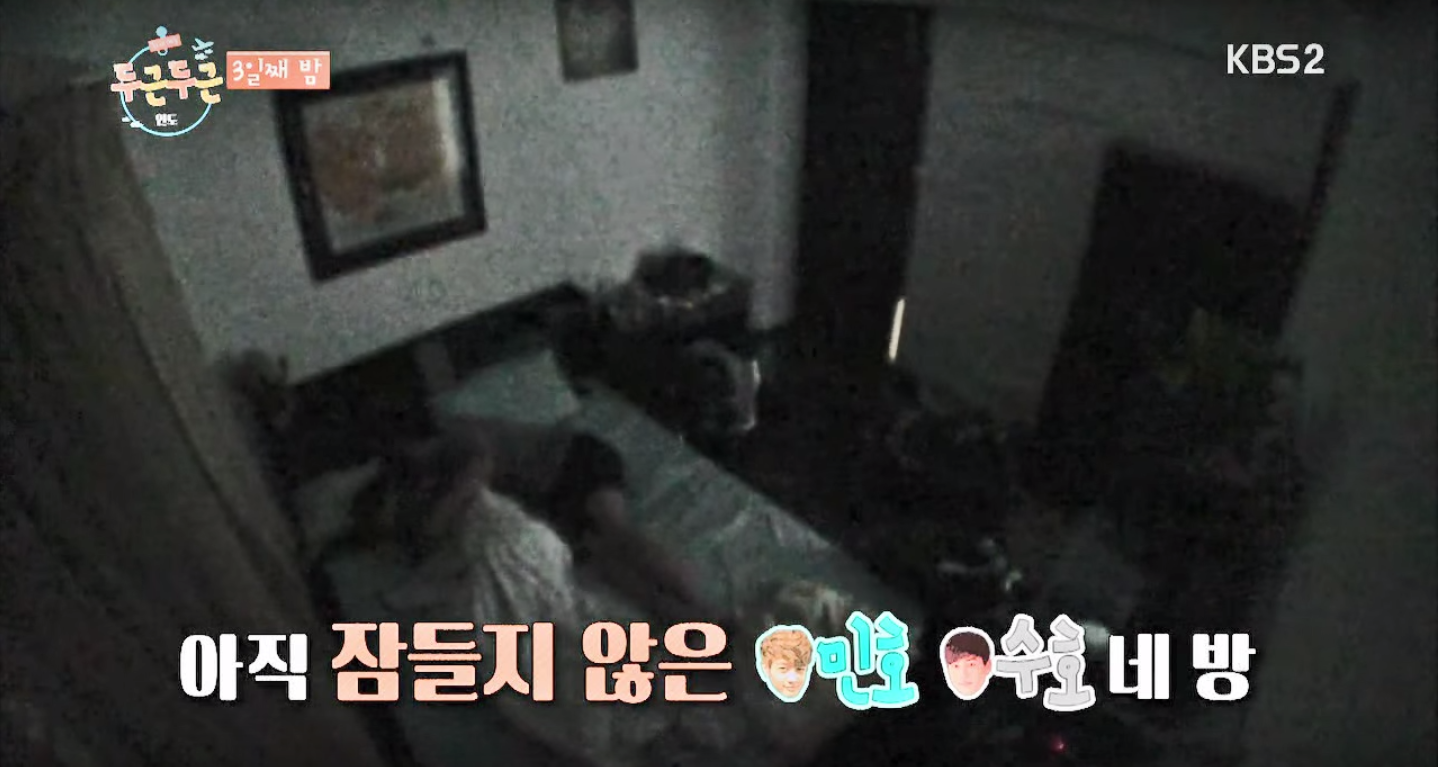 …but Suho is too sleepy and starts mumbling nonsense! Minho laughs and tells him to go to sleep — but the next morning, Suho says he remembers everything, which only makes Minho laugh more:

Soompiers, what are your favorite moments of idol skinship?