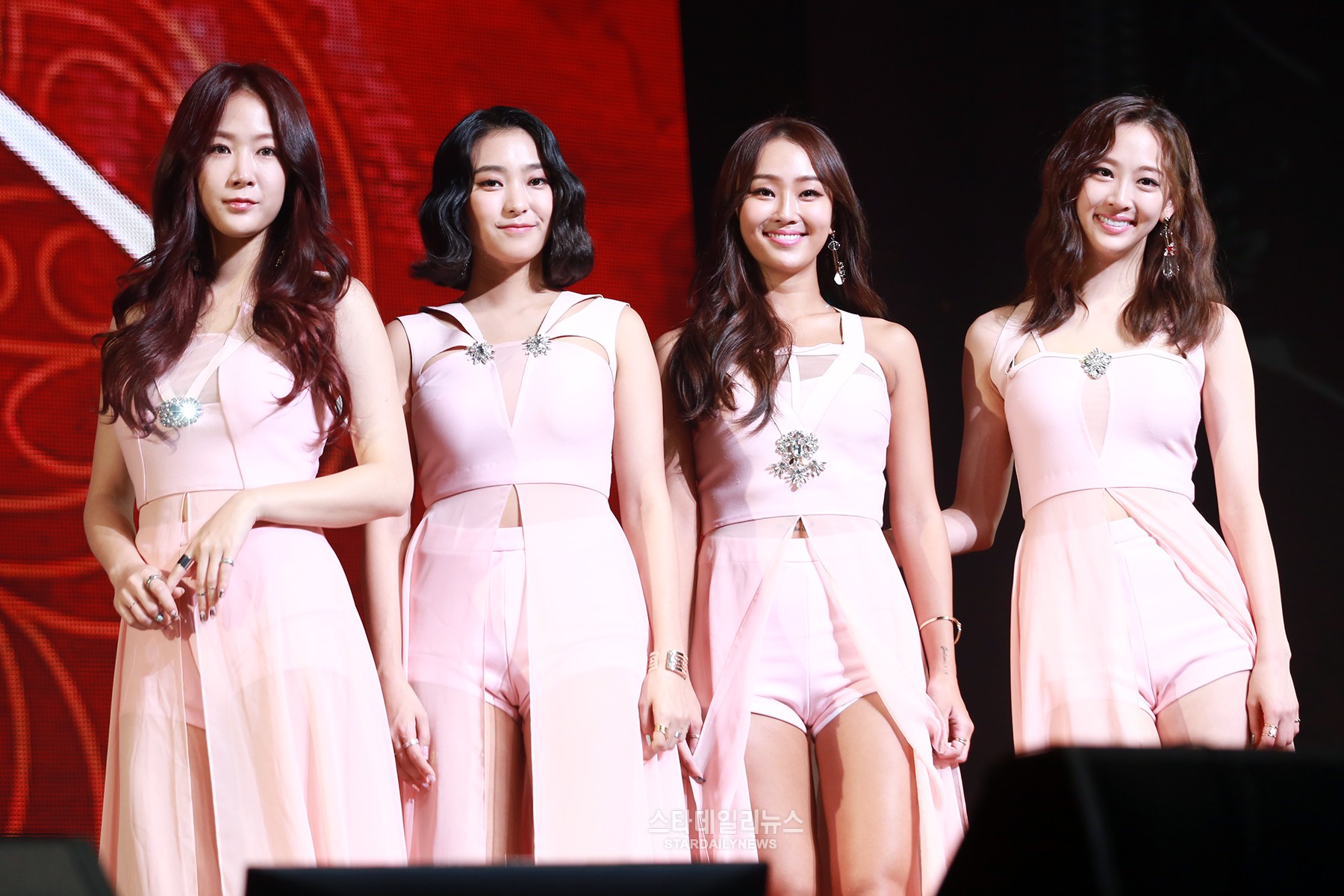 On June 21, girl group SISTAR held a showcase for their new mini album, “Insane Love,” at the Yes24 Live Hall in Seoul. Hyorin reveals that she wrote and composed the track “Say I Love You” while thinking of the other members.

She adds while laughing, “The members helped a lot. Personally I wish that this song will do the best on music charts.”

Fellow member Dasom jokingly comments, “In the past Hyorin unni wrote songs that were not profitable, but now she writes songs that appeal to the masses.”

SISTAR has made a comeback after a full year. The music video for “I Like That” reached 1 million views within 12 hours of its release and continues to increase.

Support the artist by buying Insane Love from YesAsia

Hyolyn
Star Daily News
SISTAR
How does this article make you feel?